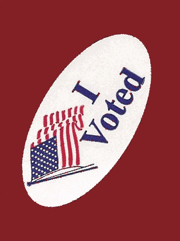 Later in the election, the Forum held sessions to hear presentations from candidates, and to listen to their answers to questions.

Videos made of all those comments are posted as they become available. This page will serve as an index to the separate pages where the videos appear. The Forum does not endorse candidates.

Mecklenburg Board of County Commissioners