Amid a pandemic, rampant gun violence and global unrest, Garry McFadden is still smiling. Nearly every chance he gets.

He touts the women’s Debate Team inside the Detention Center and challenges outside teams to try to beat them.

He fields questions about an Elizabeth City resident’s death when a Pasquotank sheriff’s team was serving a warrant.

A former CMPD detective midway through his first term as sheriff, McFadden is eloquent, committed, and quite willing to tear up when talking about some of those commitments, like one of his Detention Center residents who pleaded with the sheriff to attend the resident’s GED graduation, held inside the lockup.

During the presentation and Q&A, McFadden referenced a blizzard of resource material, and offered to send the items to anyone who asked for it. The Forum compiled that list, sent it to McFadden, and the sheriff responded May 11 with the links and other material posted on tis page below the meeting video.

Note to those who want to keep officials accountable: McFadden told the Forum’s Natheley McElrath that this was the first time a community group had asked for the material that the sheriff had referenced in one of his talks. McFadden was elected sheriff in 2018.

The Forum sent the sheriff a list of materials he referenced during the May 4 presentation. His response on May 11 began this way:

Here is the information that you requested. Be mindful when reading our response, we do not say Jail, we say “Detention Center.” Also, we don’t say Inmate, we say “Resident.”

2. List of Initiatives inside the Detention Center during COVID-19

The Contact Person to send your contact person’s information (name, e-mail, phone) to help create an e-mail group to provide them current information. 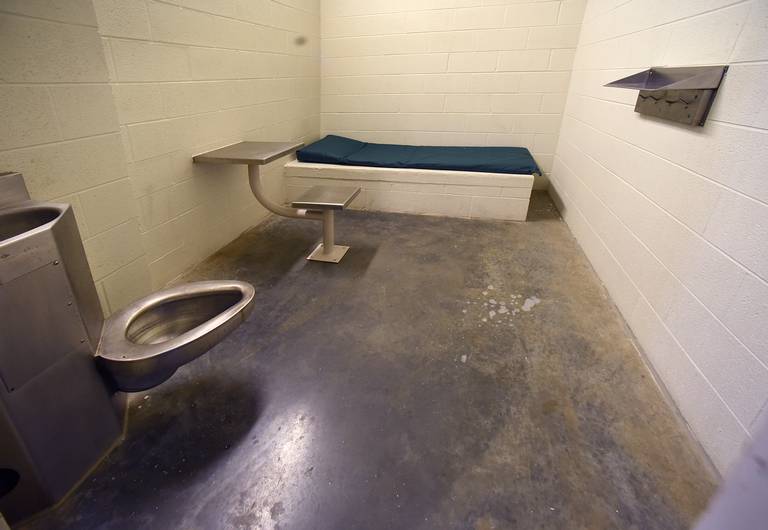 “Elected in May 2018 and sworn in seven months later, Mecklenburg County, North Carolina Sheriff Garry McFadden has already made good on campaign promises to restore in-person visits at the local jail and to withdraw the county from the 287(g) program, which included running prisoners’ names through a federal database to determine if they were in the country illegally. In January 2019, McFadden announced another reform: he ended solitary confinement for juvenile offenders at the county jail.” Link to full article.

“New Mecklenburg County Sheriff Garry McFadden has ended the jail’s controversial practice of holding teenage offenders in solitary confinement, his latest in a series of reforms.

“At the jail’s disciplinary detention unit (DDU), 16- and 17-year-olds who fought, stole or broke other jail rules were once held alone for 23 hours a day. They sat in windowless cells smaller than most parking spaces, with no access to phones, visitors or library books.” Link to full article (requires payment or Observer subscription).

6. Video of the Woman’s Debate

7. Photos of Baptism inside the Detention Center 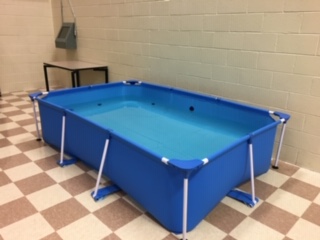 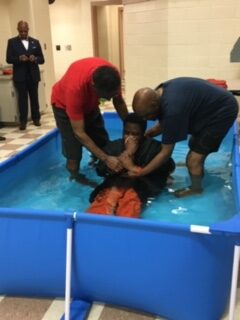 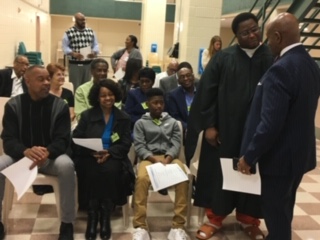 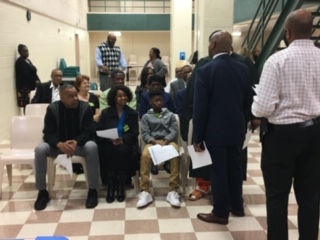 I would encourage the Tuesday Morning Breakfast Group to contact Mrs. Rubiano regarding our newest initiative, R.E.S.S., which stands for Re Entry Support Services.

This initiative would provide some bare essential and very much-needed items to our Residents as they leave our facility. Items would include but not be limited to:

We now provide our Residents the Moderna Vaccine, along with providing them the information on how to receive their second shot free of charge if they leave the facility before they are due for the second shot.

During the COVID-19 pandemic, NONE of our Residents died due to COVID-19 complications and no one was hospitalized for COVID-19, except one resident and that was out of precaution due to his underlining health conditions.

Bonus FREE FREE FREE – FREE MASKS
If any group, organization, church or just anyone needs a FREE MASK or masks, e-mail us the number needed. The Sheriff’s Department staff will deliver them free.

Working To Influence Change By Being “The Difference”