Longtime Charlotte resident Queen Thompson this morning sent in the following document, along with the text that follows. 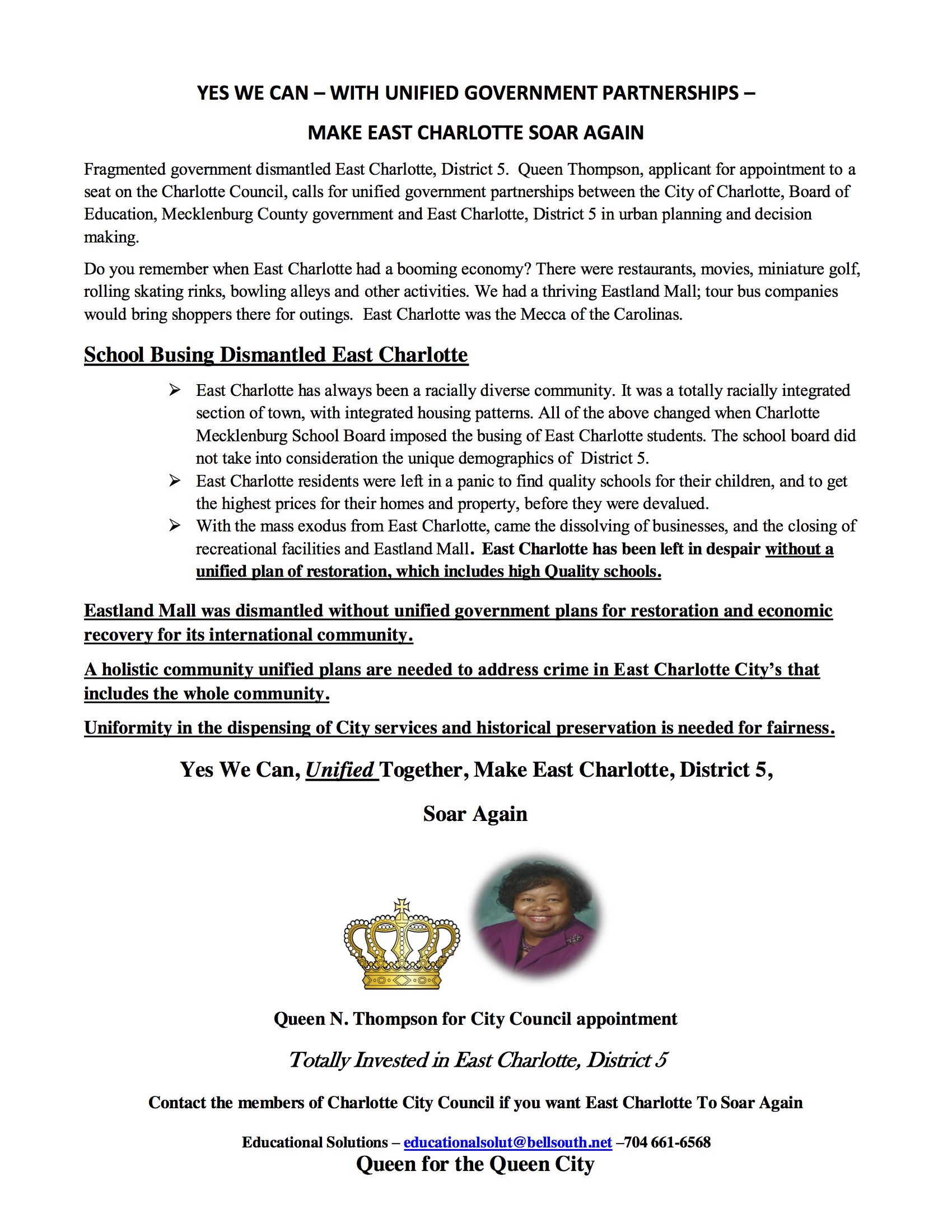 The following text was in an e-mail. The text appears to be addressed to Mecklenburg Democratic Party Chair Matt Newton, who himself was a candidate for the District 5 seat appointment.

Matt for over a year, I have been told that Dimple would be getting John Autry’s seat.  It disturbed  me, because Dimple, had not worked in East Charlotte and therefore she could not speak for me.  You have the resources of the whole Mecklenburg Democratic Party at your disposal and with those resources at your disposal you will you stand a greater chance of getting appointed to John Autry’s seat.  I know it is a brief appointment, but the residents of East Charlotte needs someone who will speak for them.  There has never been anyone on City Council to speak for residents like me.  If you are appointed, I hope you will speak for voiceless people like me in East Charlotte.

Who will speak for all East Charlotte residents on the City Council?  We would just like to have a voice.  Thank you for your attention,

Queen Thompson addressed the Forum during its announements period. The video below includes her entire statement. Click anywhere inside the video window to start the video.