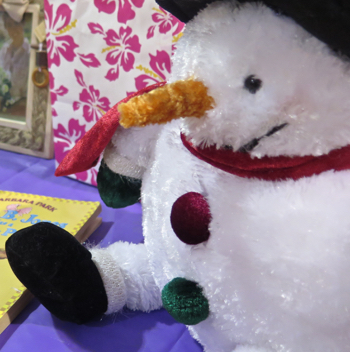 The Tuned In Choir made the annual Christmas Party a festive occasion indeed, as the choir that actively involves formerly homeless men of McCreesh Place led the singing, and choir director and longtime community builder Dr. Thomas Moore used the ensemble to prompt audience participation.

Mistress of Ceremonies Natheley McElrath led games of knowledge and chance. The “Take a Gift” highlight saw a group of three wine bottles pass from one taker to the next, often before the bottles had even been put down.

The Tuesday Morning Breakfast Forum Christmas Party annually marks the beginning of a hiatus in the Forum’s weekly meetings. The Forum will resume on Jan. 5, 2016.

The video below captures some of the festivities.