The session was about more than bus routes, streetcars and rail lines. Four Charlotte city officials, two staff and two elected members of City Council, laid out both the people-moving systems in place, the plans in place to keep them growing, and the uncertainties of funding the system’s future growth.

Below are the videos from the joint presentation and the Q&A that followed.

Following the videos are the slides from the PowerPoint used by Howard, McDonald and Votaw. After a video begins , scroll down to find the slide being discussed. 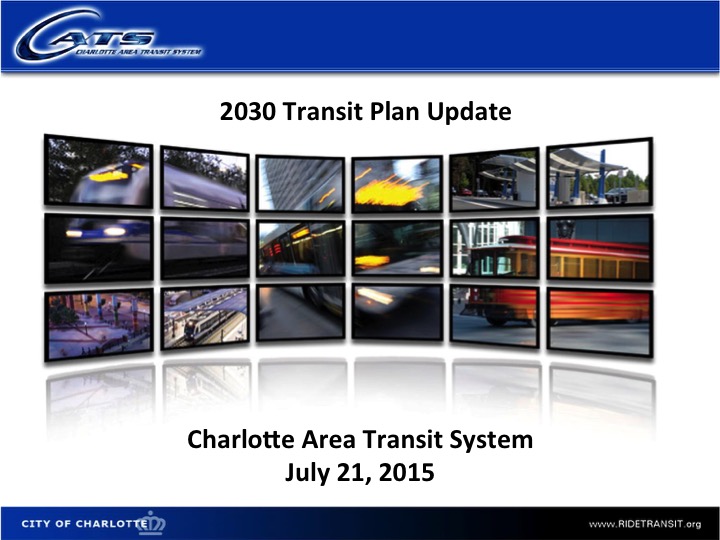 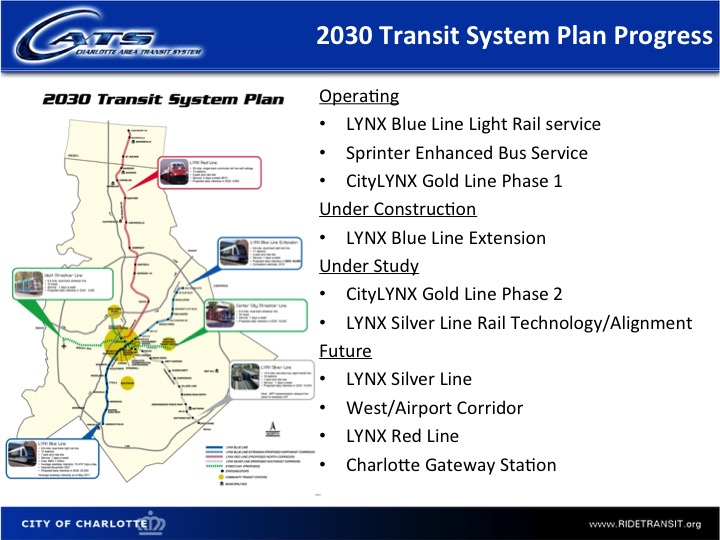 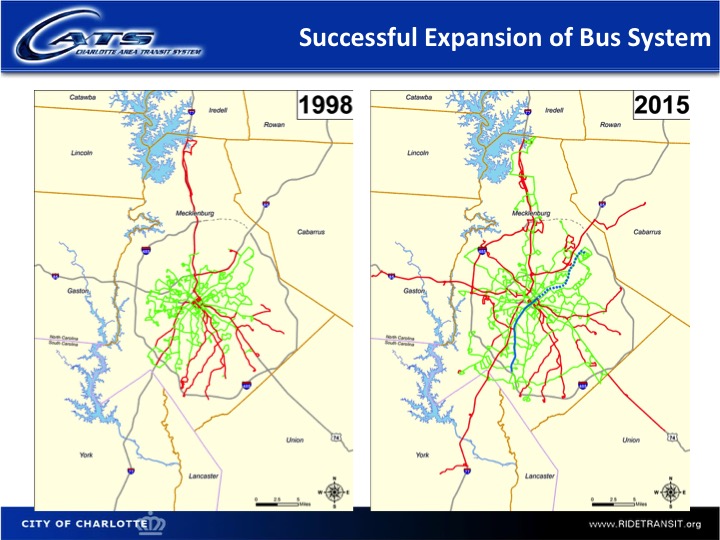 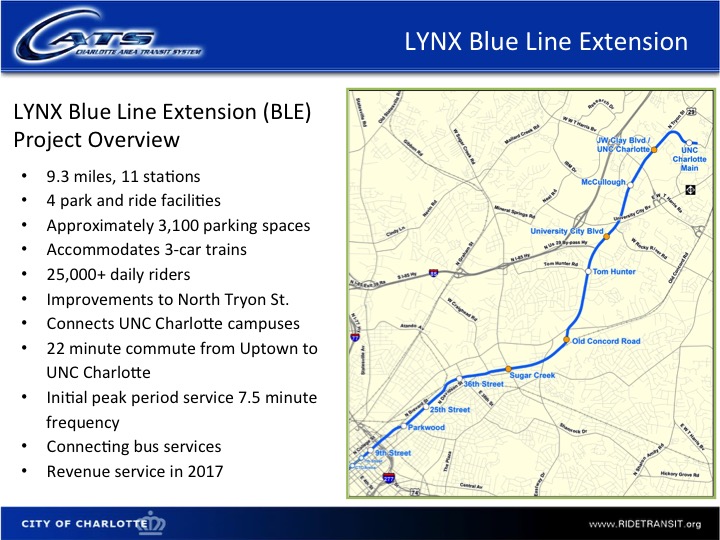 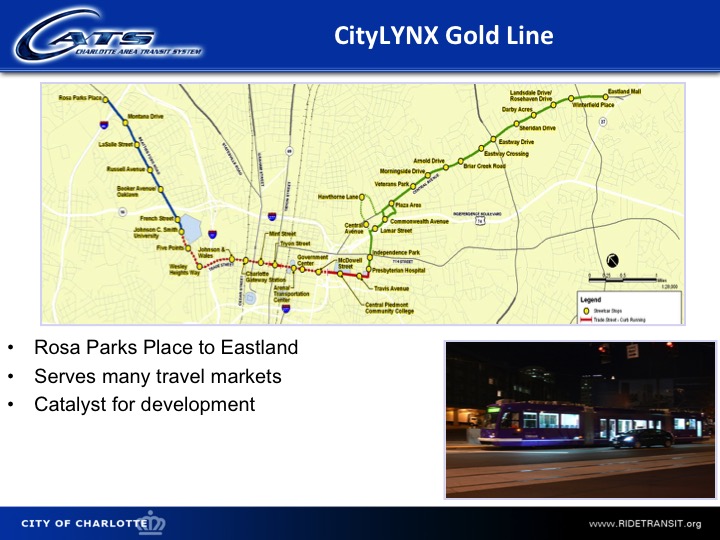 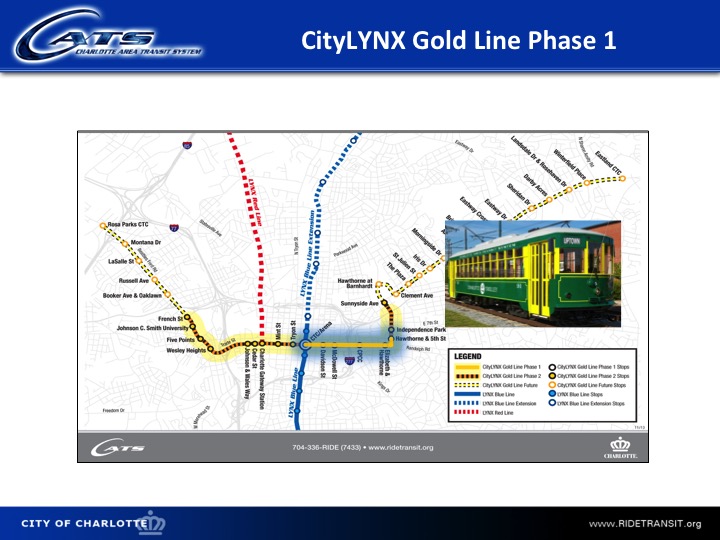 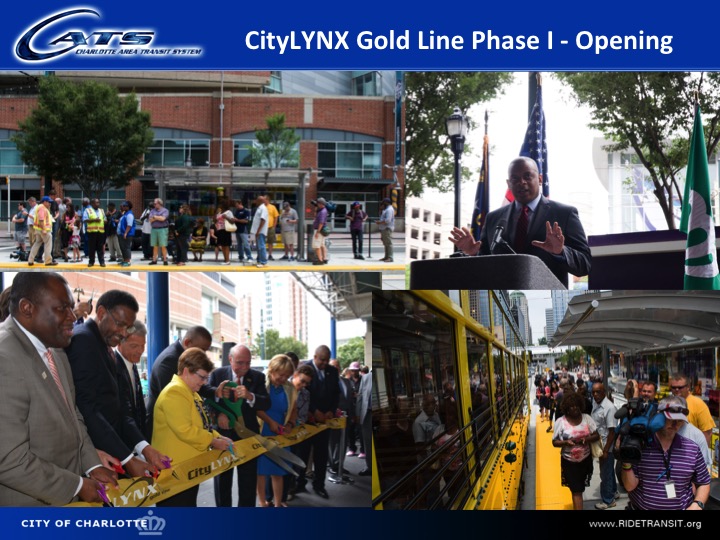 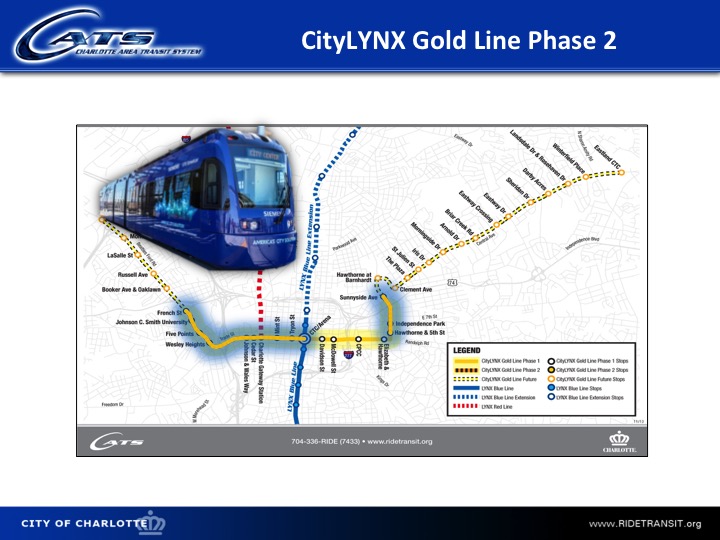 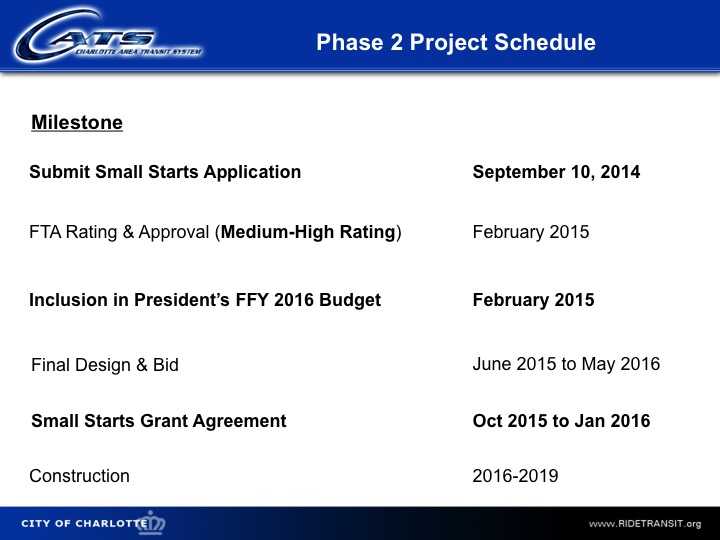 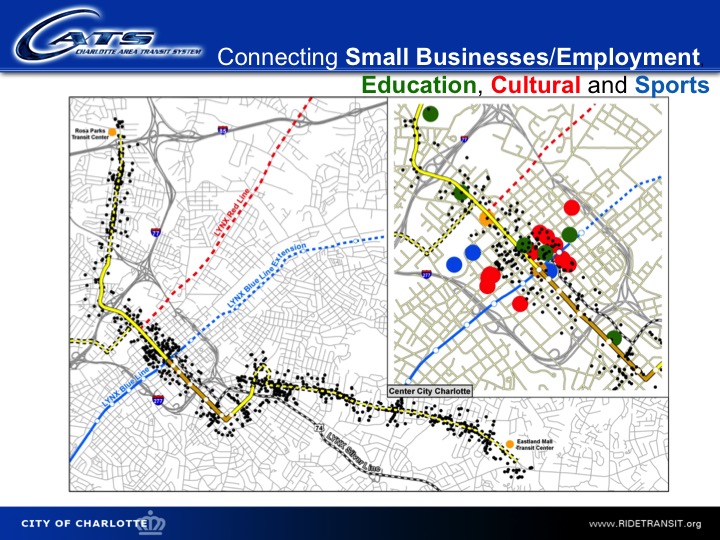 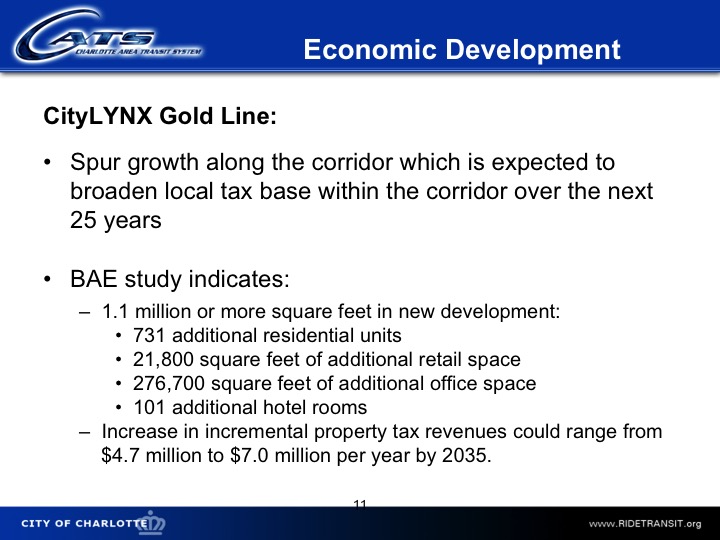 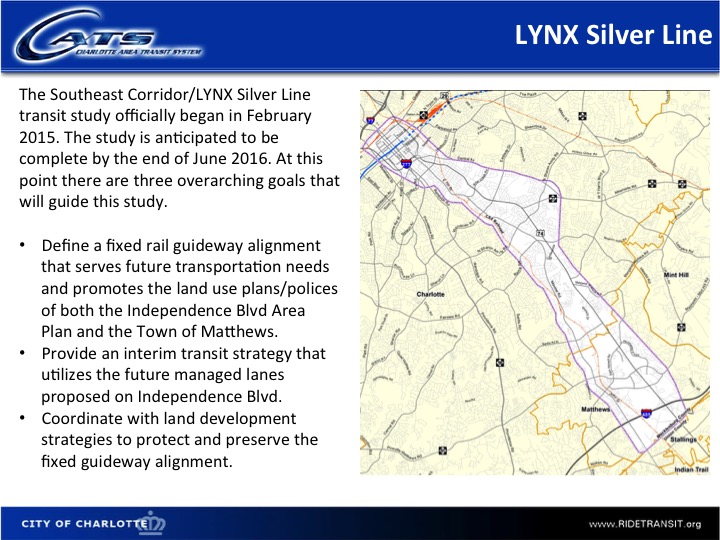 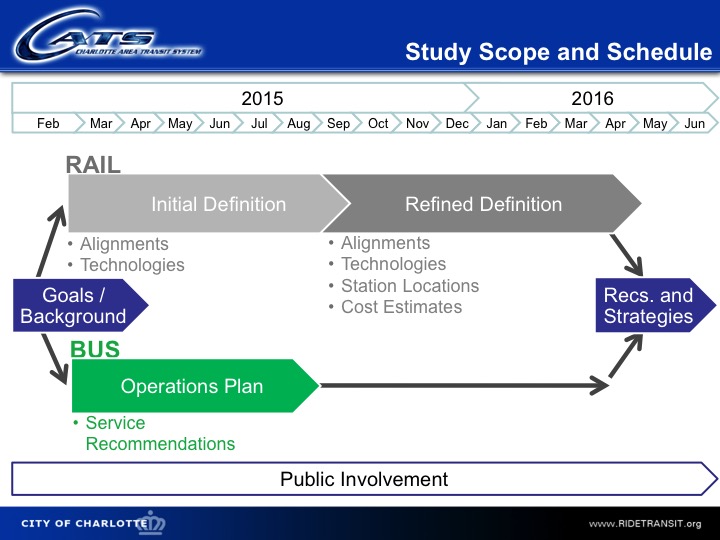 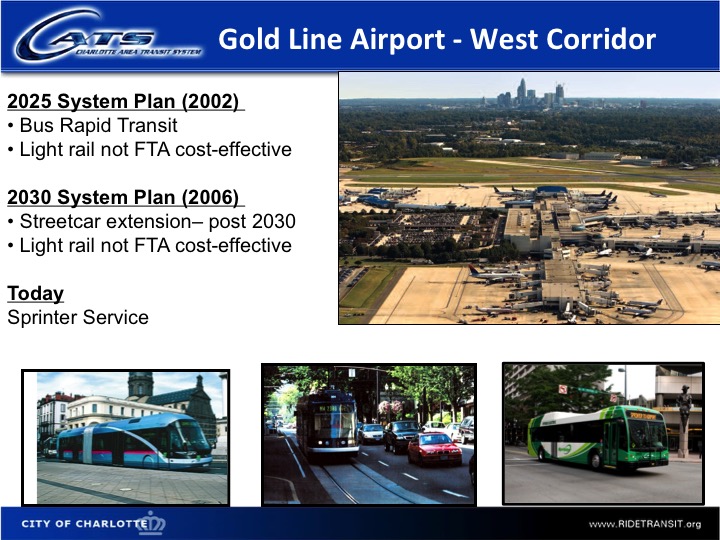 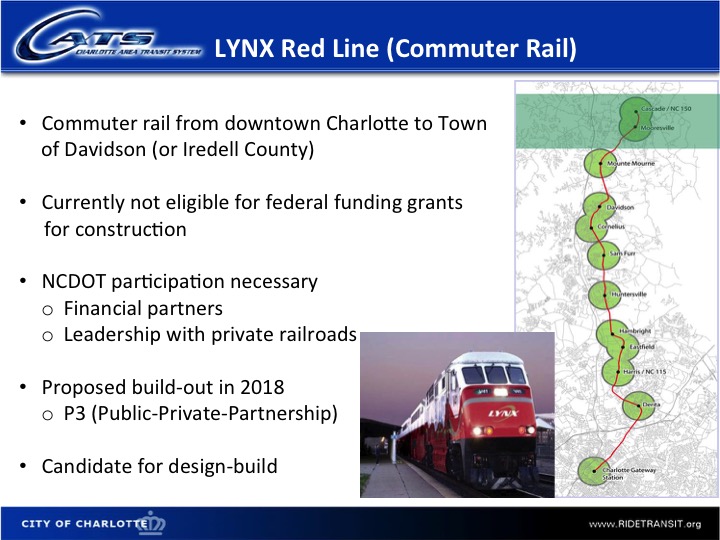 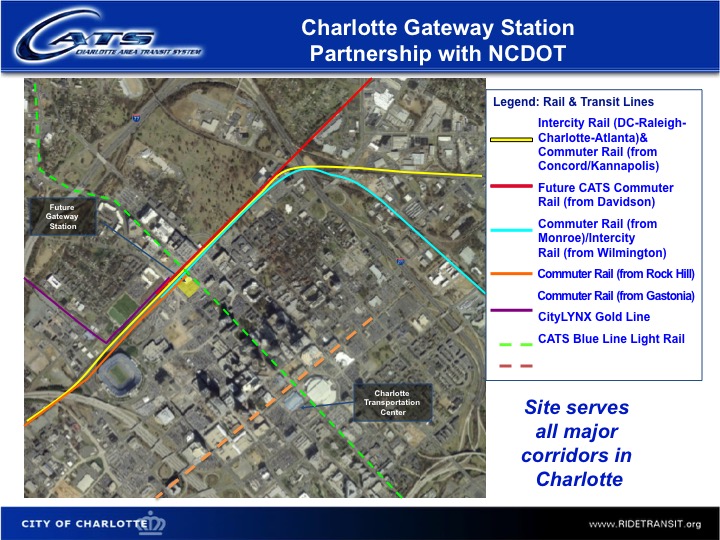 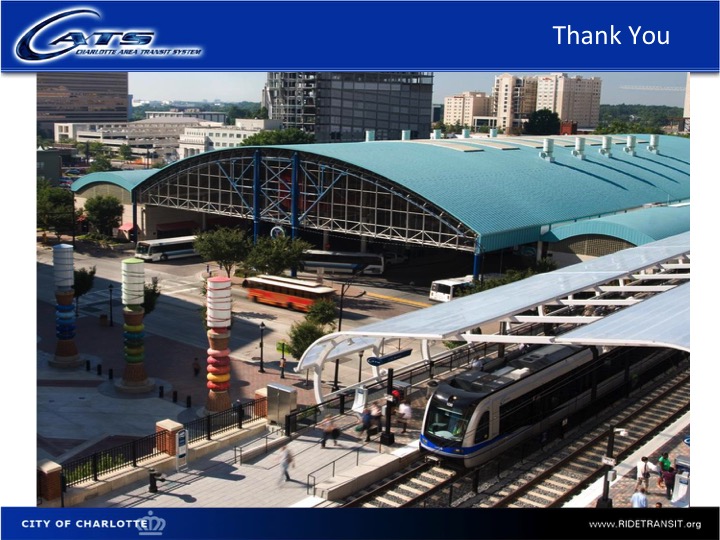 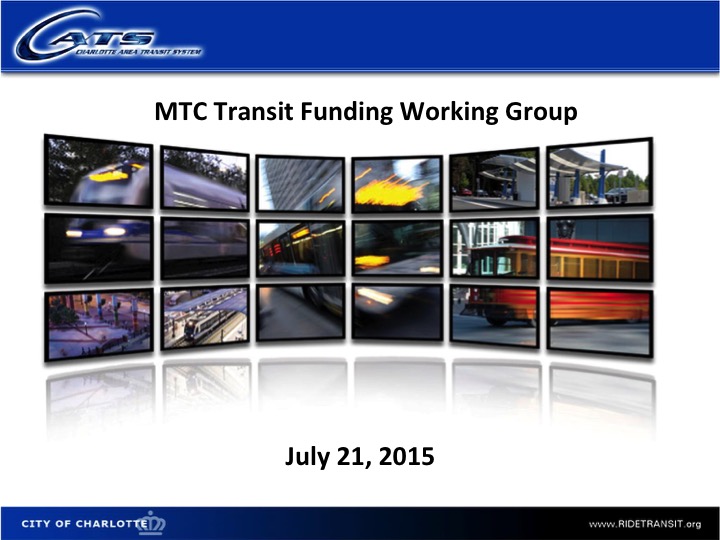 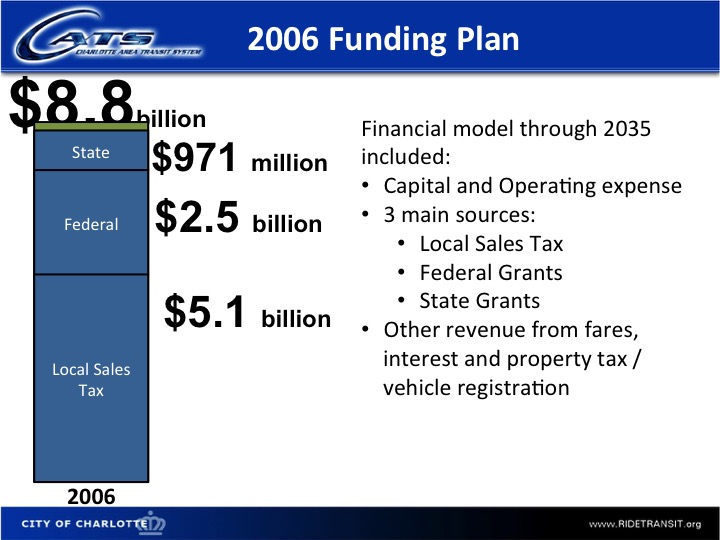 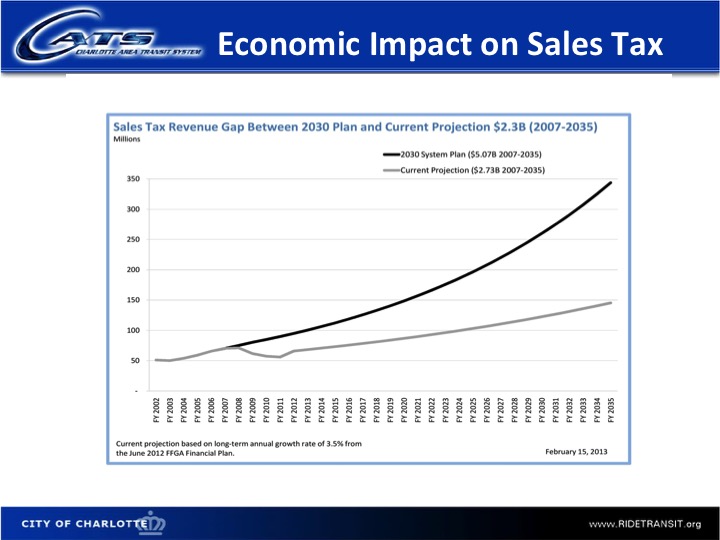 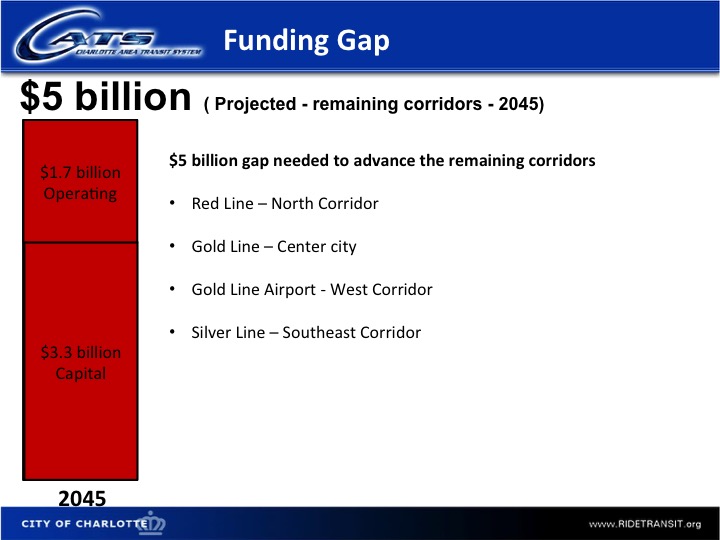 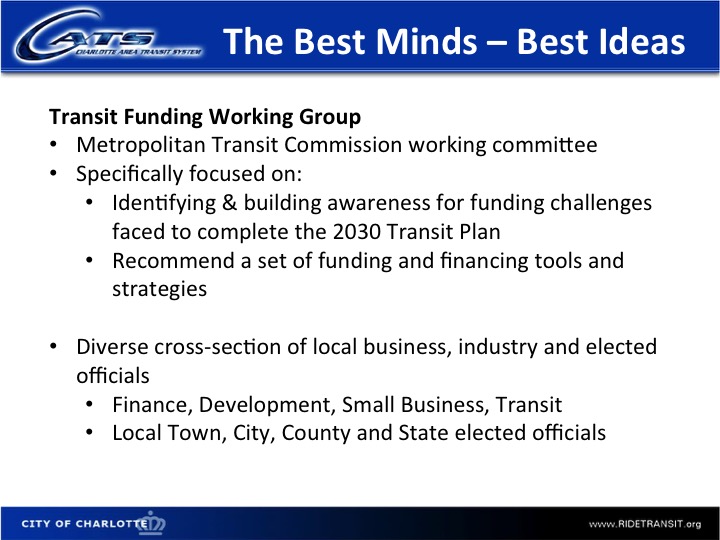 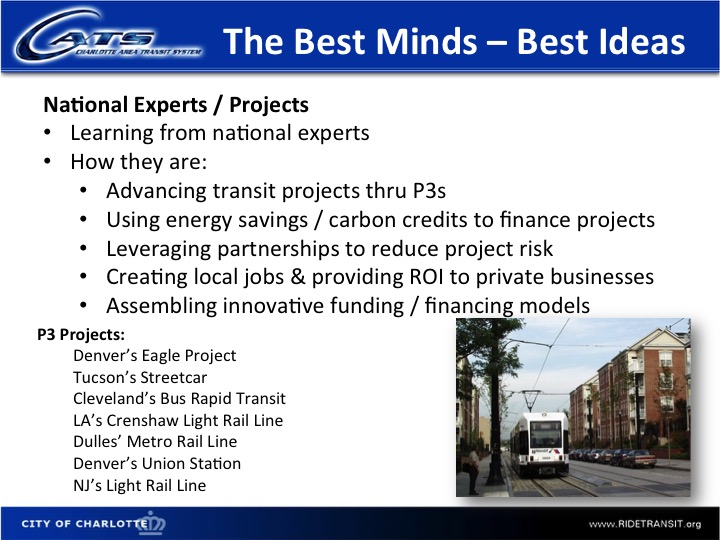 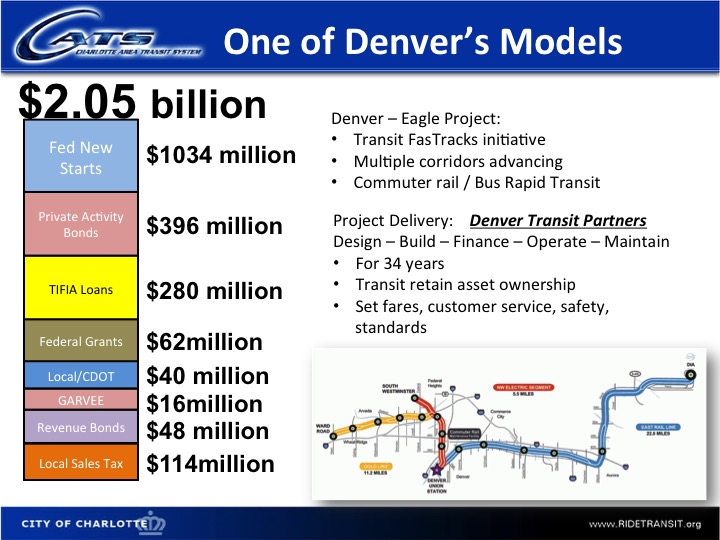 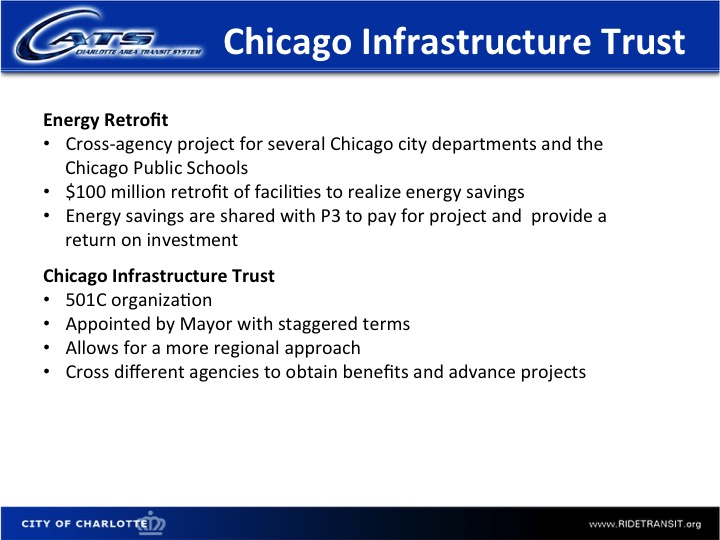 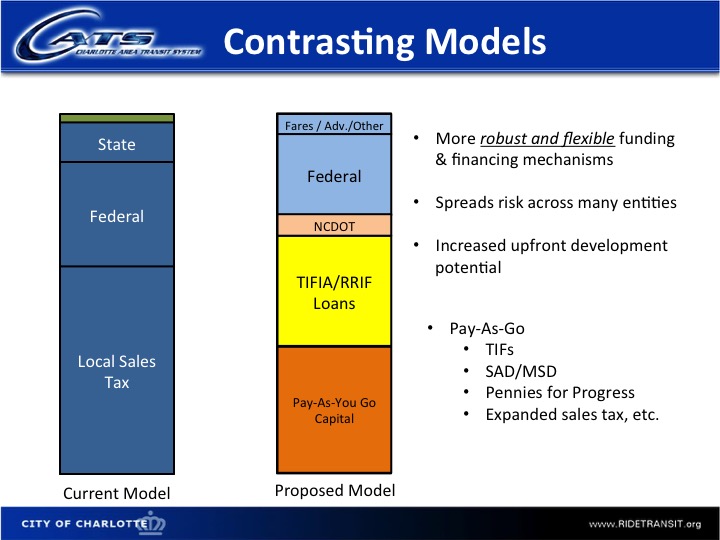 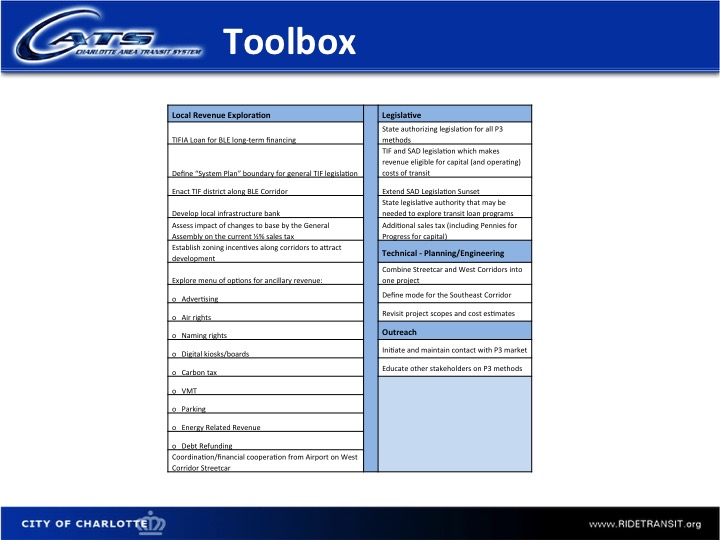 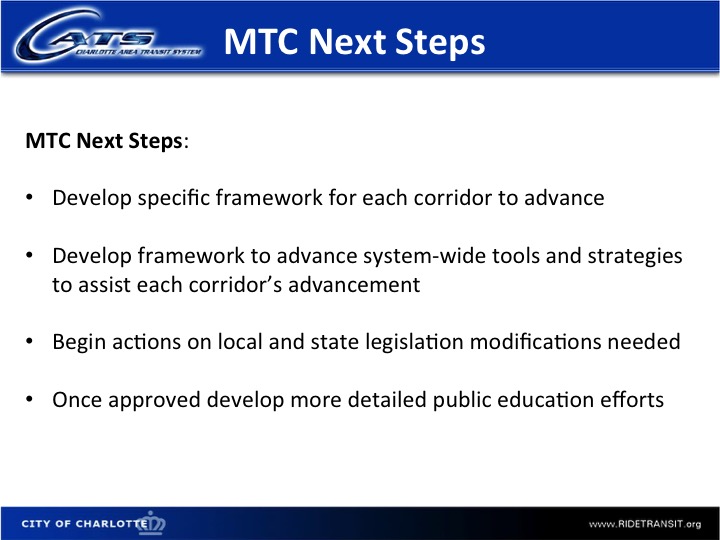 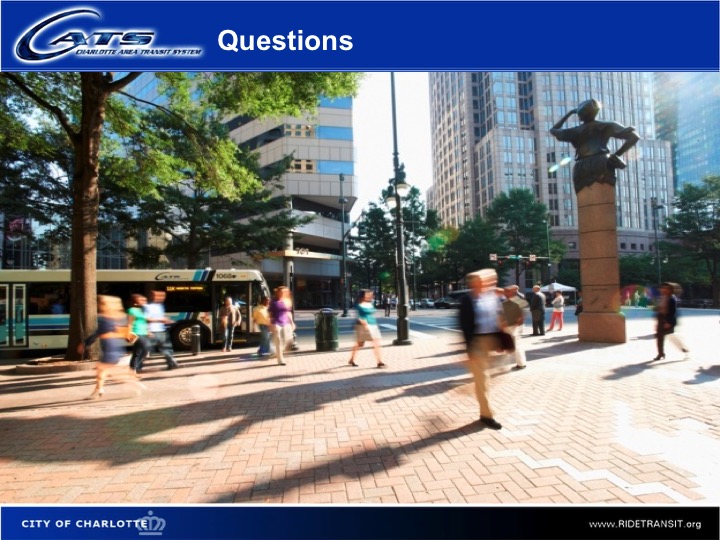