Dr. Ron Carter welcomed to the Johnson C. Smith University campus Monday evening a large contingent of people gathered together to talk about community responses to the Emanuel AME Church murders in Charleston. Carter said he hoped the talks led to something more than talk.

Then he said that a planning group trying to boost economic development along the Beatties Ford Road corridor had been working for nearly seven years, and Tuesday would bring a major turning point in that effort. He was not more specific.

It turned out that Tuesday’s announcement was of the award of grant money that would support planning for the economic development.

Below is a video of Carter’s comments at the Jane M. Smith Memorial Chapel session, followed by a copy of the program for the MeckMin meeting and a copy of the Charlotte Post’s coverage of the Tuesday announcement. 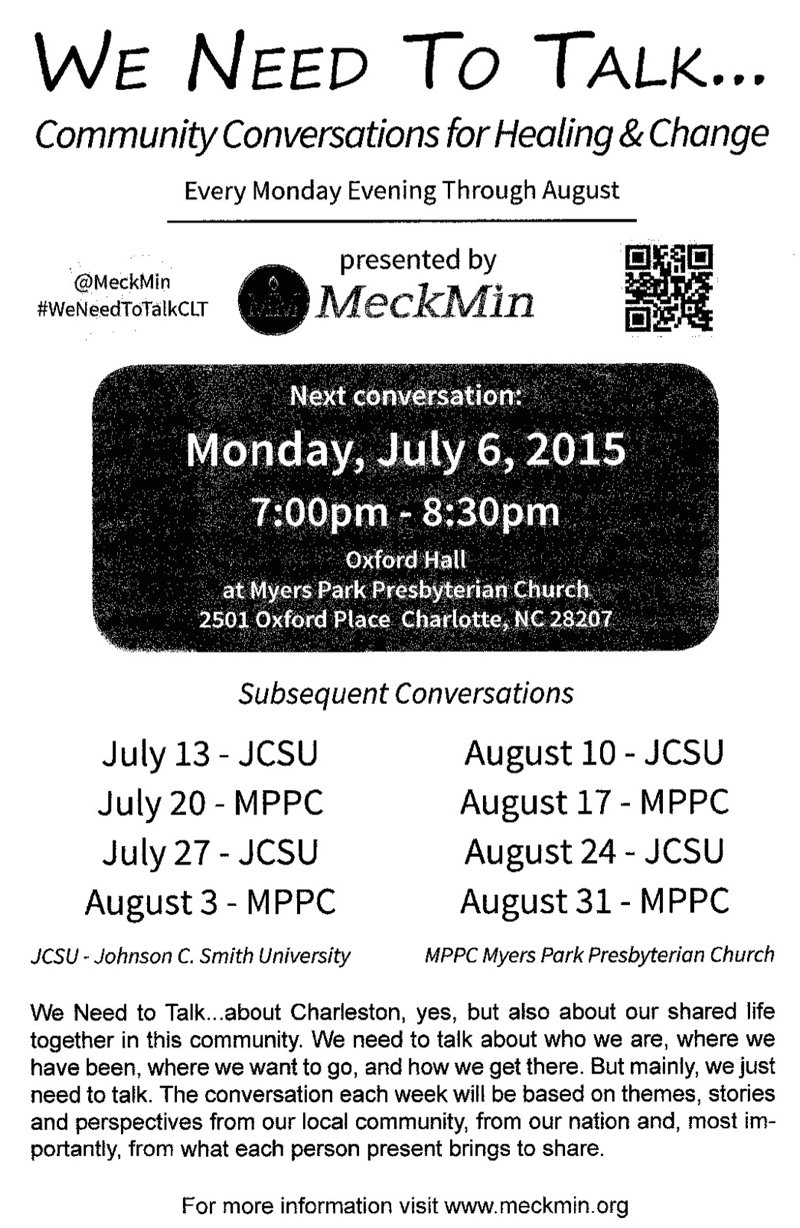