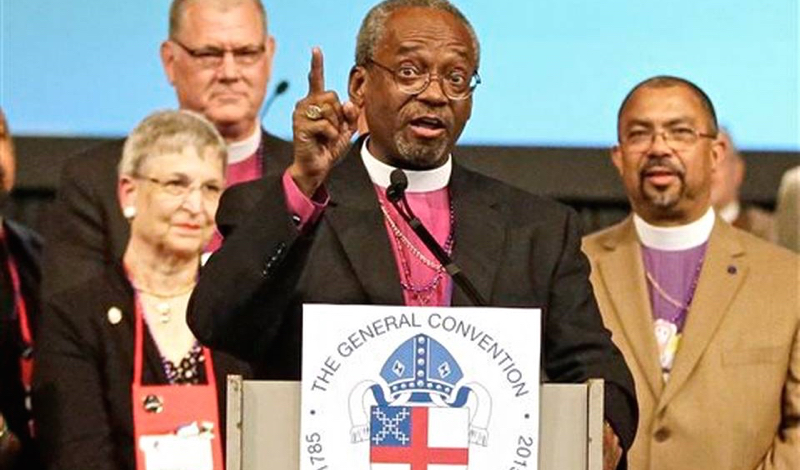 Tuesday Forum regular Martha Alexander, left, was on the dais Saturday as Fr. Michael Curry, bishop of the Diocese of North Carolina, spoke to the General Convention of the Episcopal Church after his election as 27th presiding bishop of the national church.

Curry’s first call as rector was to St. Stephen’s Episcopal Church in Winston-Salem. He was called back to North Carolina to be bishop from St. James, Baltimore, the third-oldest black Episcopal church in the United States, organized in 1824. Curry will serve a nine-year term. The church is headquartered in New York City.

More on Curry’s election is at The Charlotte Observer, the Washington Post and the Episcopal News Service.