One of the key turns in an ever-changing Charlotte celebration of Martin Luther King Jr. Day occurred 40 years ago. And one of the architects of that turn took time out this year to piece together a retrospective of the 1982 MLK Day Observance.

Ken Koontz pieced together clippings, photos and his own reflections in the material below. He was emcee of an evening event at the Charlotte Civic Center headlined by U.S. Rep. Shirley Chisholm.

Koontz, among the first African-American reporters in Charlotte’s broadcast arena, was hired by WBTV in 1969. He reported and also anchored broadcasts for years, and was the station’s community affairs director at his departure in 1983. It was in that position that he had helped turn the 1982 MLK celebration into a collaborative event with the city’s Community Relations Committee.

Among the people involved that year was Forum co-founder Sarah Stevenson, who was then a member of the Charlotte-Mecklenburg school board. She was also chair of WBTV’s Black Advisory Council.

Amid the reportage below and Koontz’s memorabilia from a long career, Koontz reflects on progress made toward equality, and the work that remains.

“Yes, some strides have been made,” Koontz wrote. “But in reality, the struggle is still seeking achievement of things Martin long ago identified in his dream. Wake up and fight!”

Over the years, MLK Day in Charlotte has included marches, parades, award ceremonies and wreath layings at the King statue in Marshall Park. The big turn in COVID-impacted 2022 was to put all of it into a virtual event, with WBTV airing an hour-long special that focused on Dr. King’s impact on Charlotte. That broadcast is archived here.

Koontz’s retrospective is published here with the author’s permission. 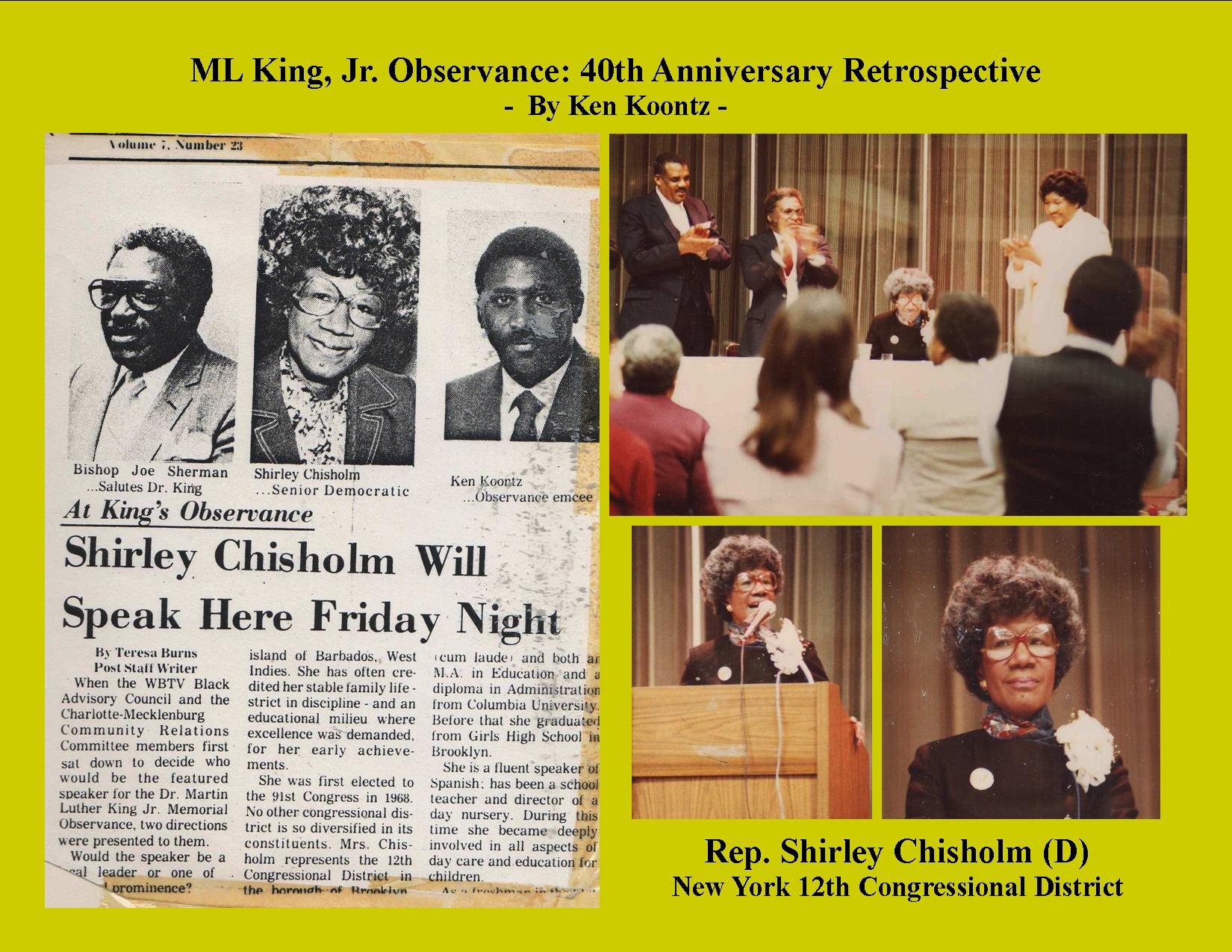 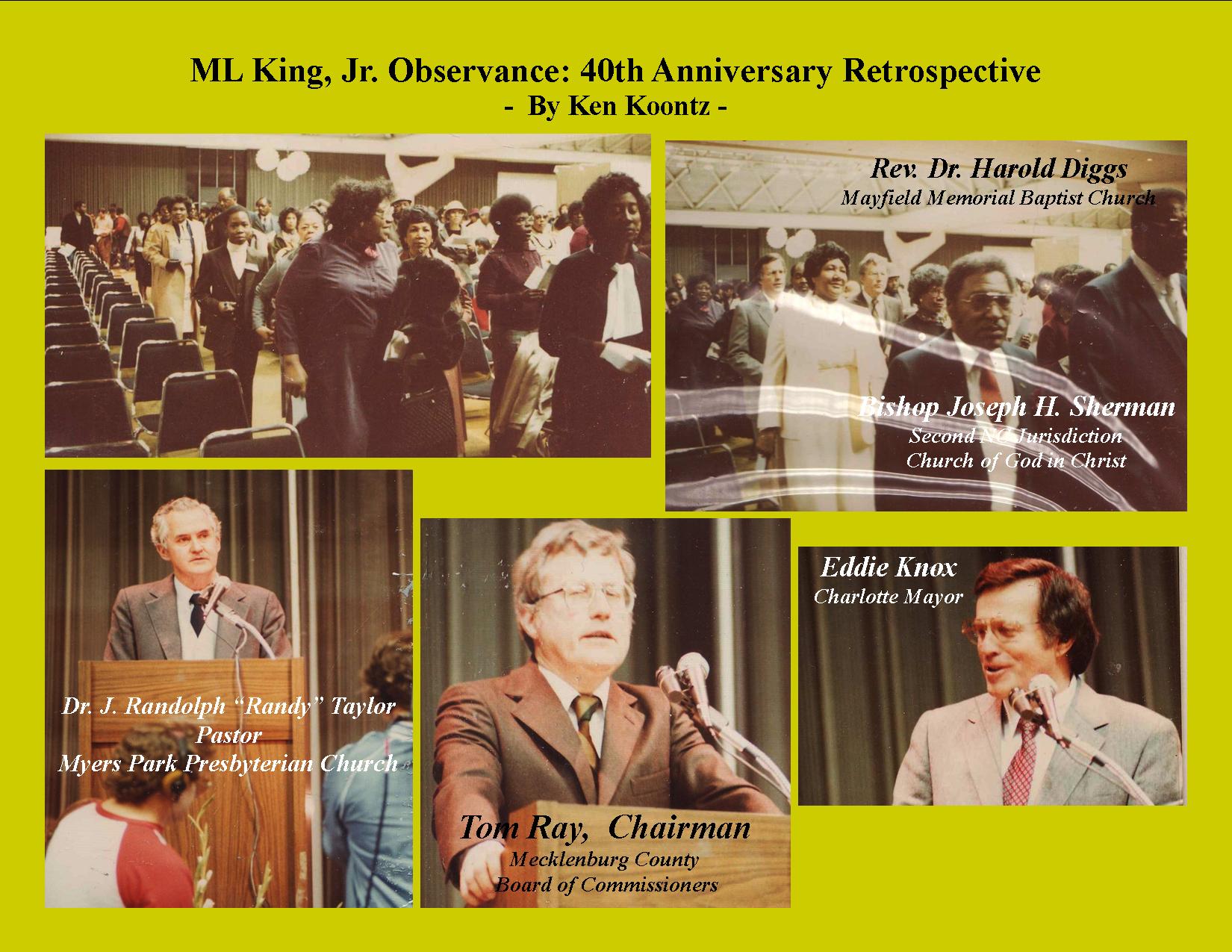 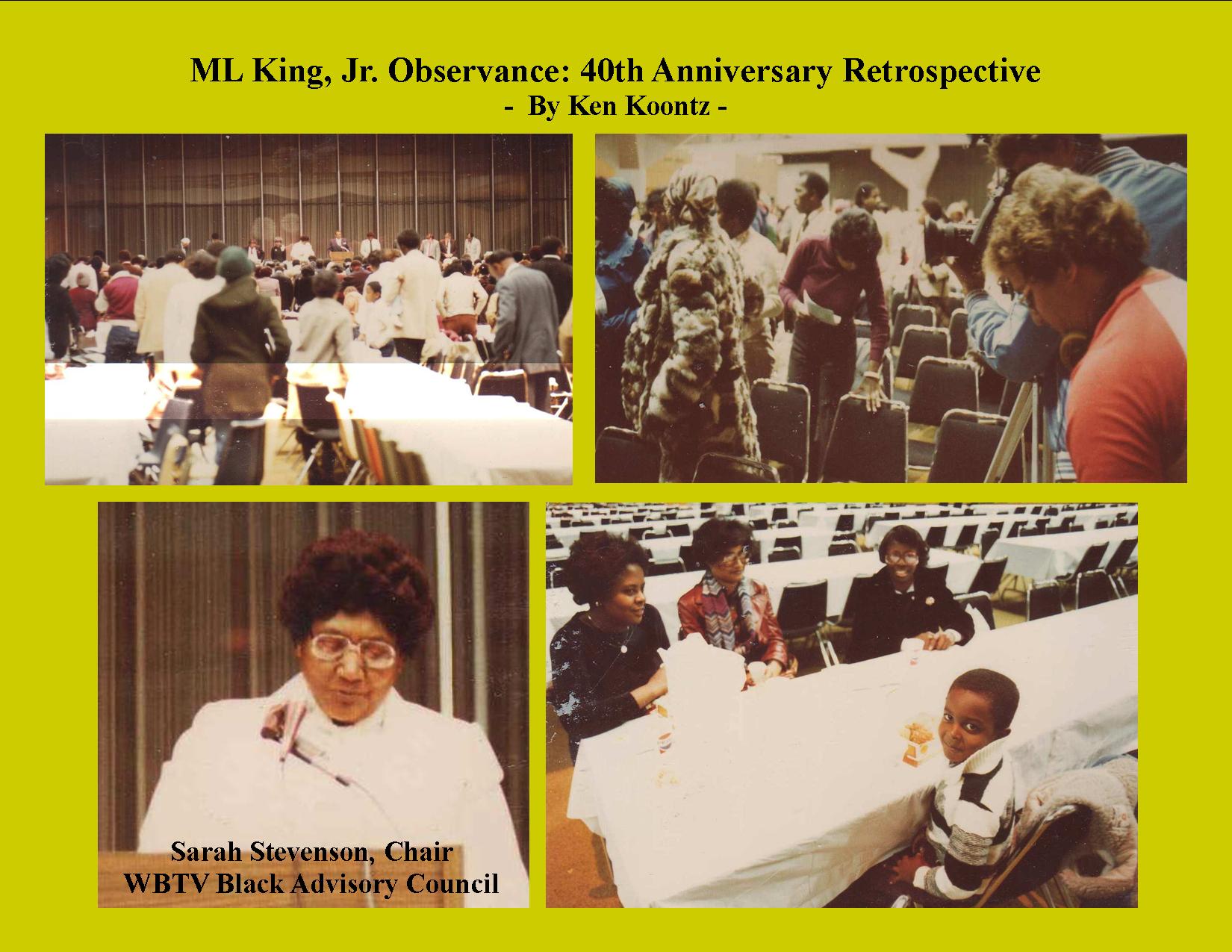 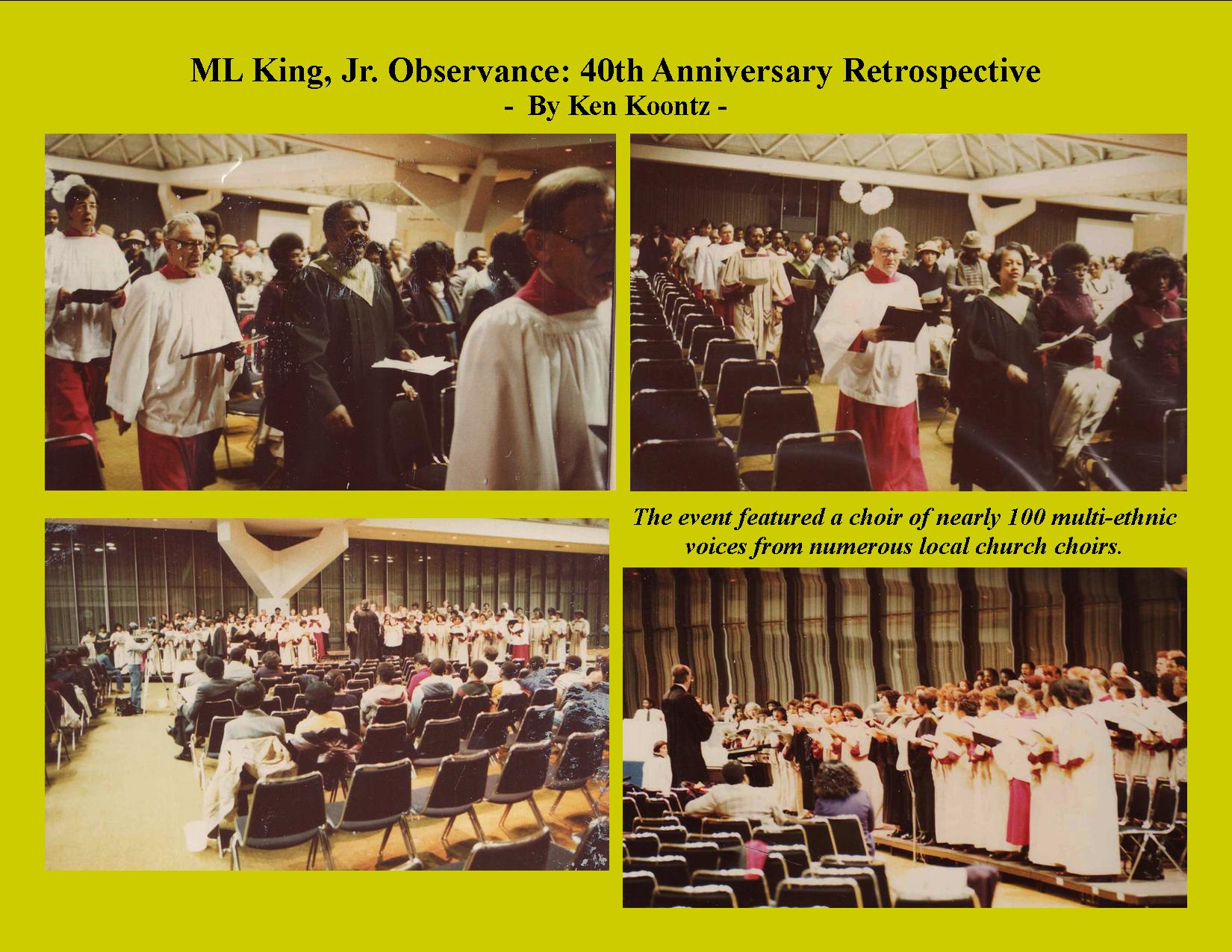 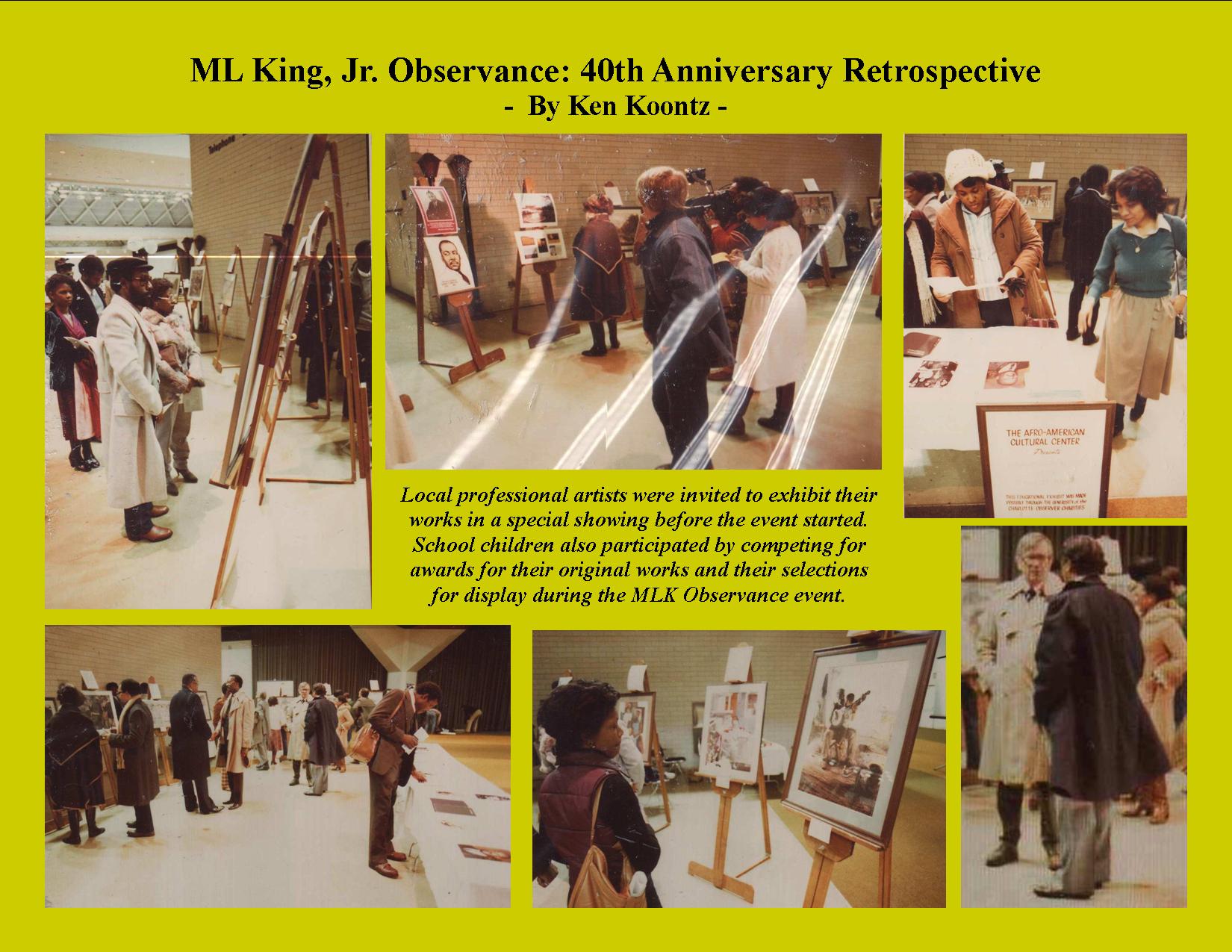 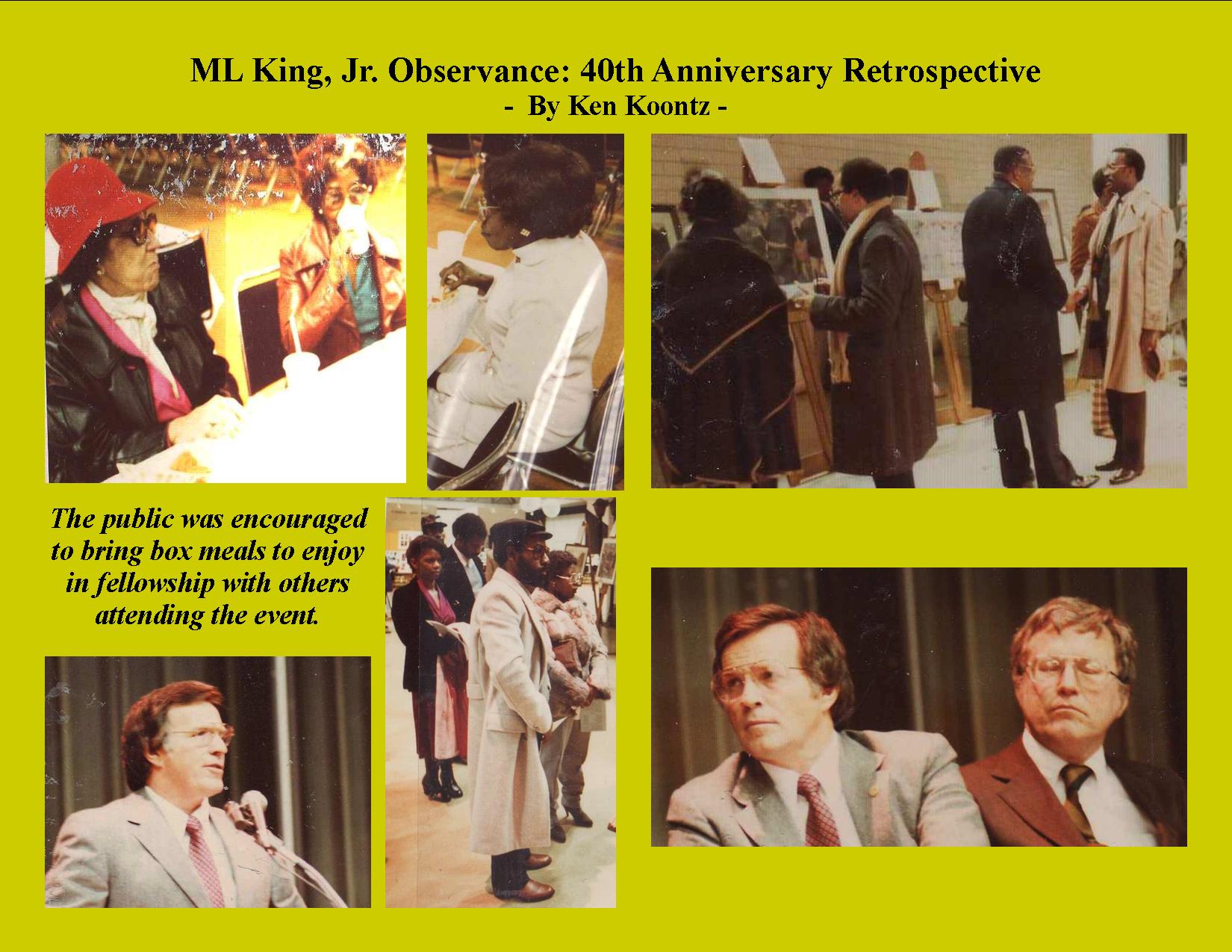 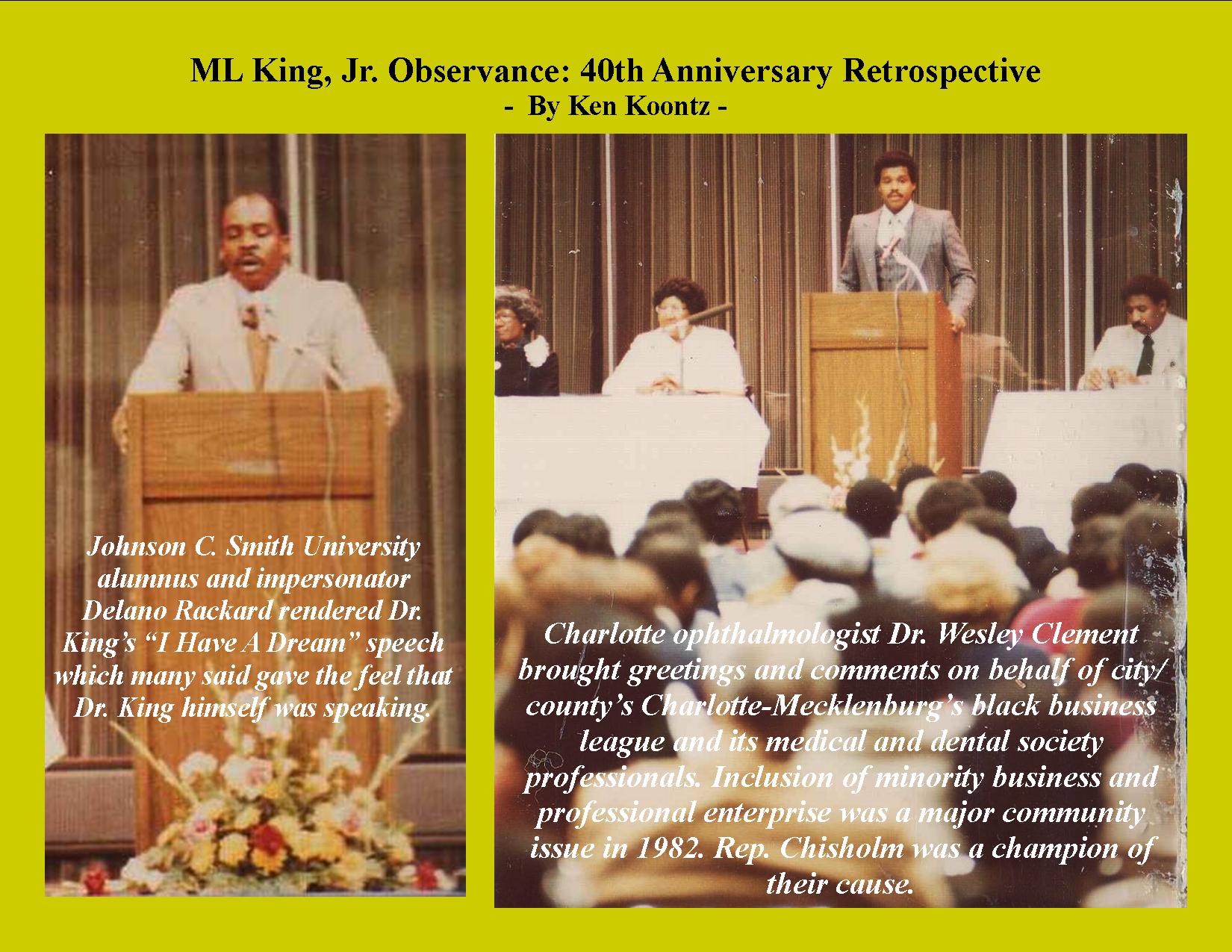 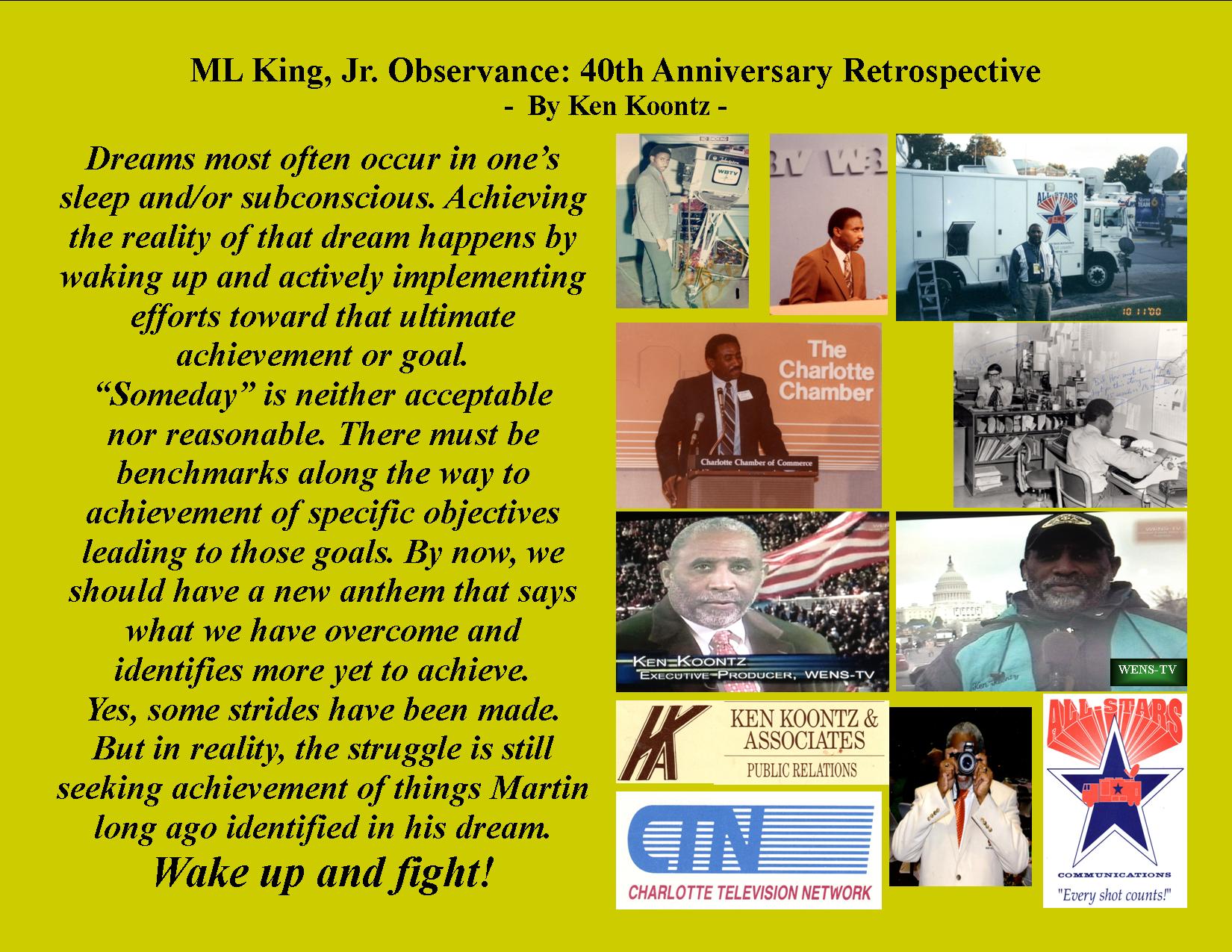 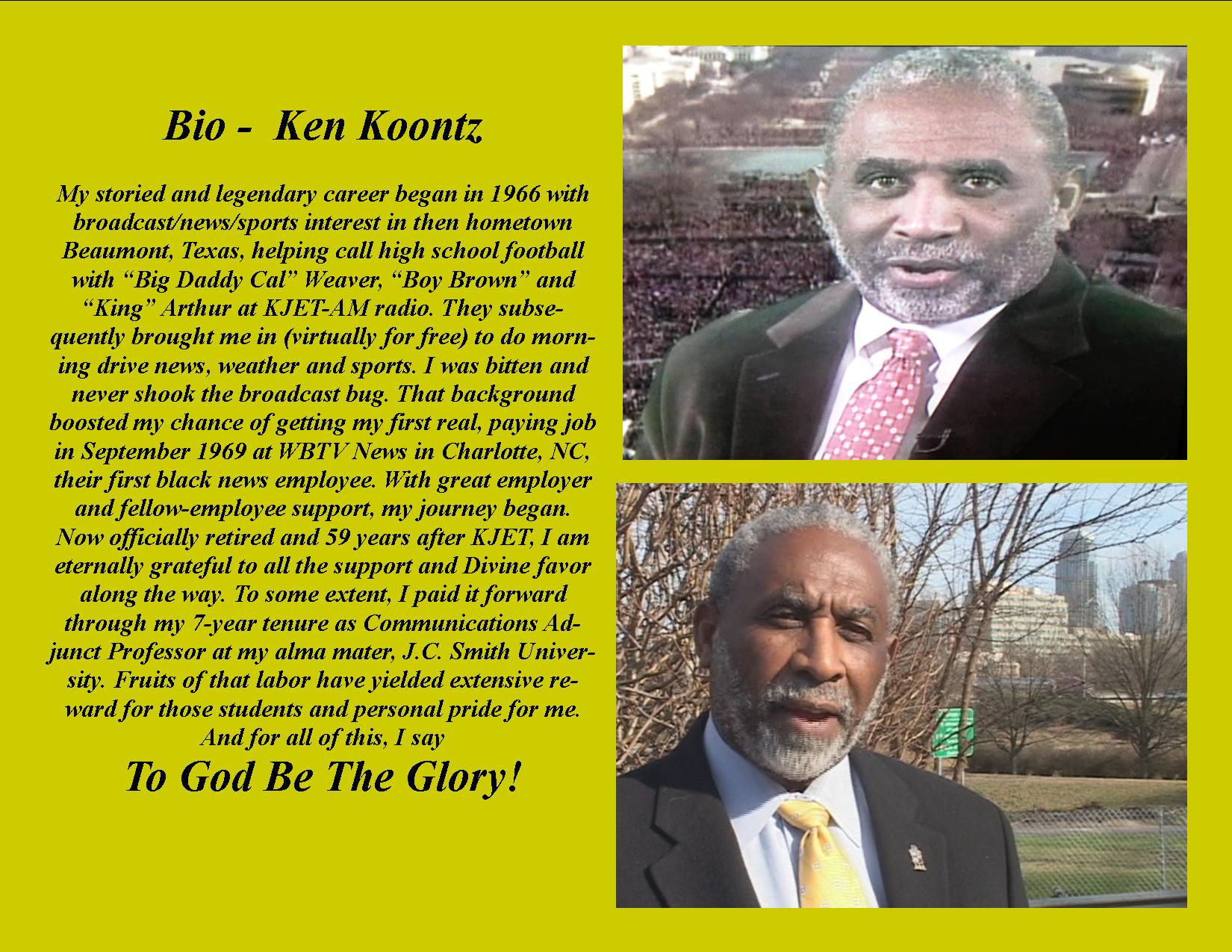