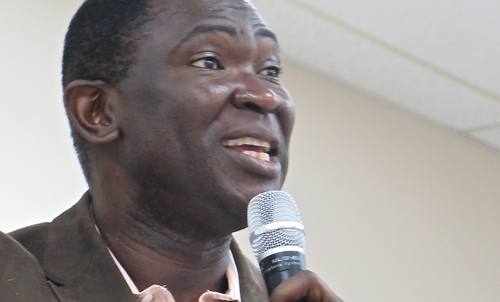 Manny Ohonme funded Samaritan’s Feet in 2003 with his wife Tracie. The nonprofit puts shoes on children and adults who have ill-fitting shoes or, as often, none at all. The goal is protection against soil-transmitted diseases.

Ohonme’s Nigerian boyhood changed when he received a pair of shoes, basketball shoes. He tells his story in the video below with humor, great enthusiasm and commitment.

Ohonme brought two brochures. They are here and here.