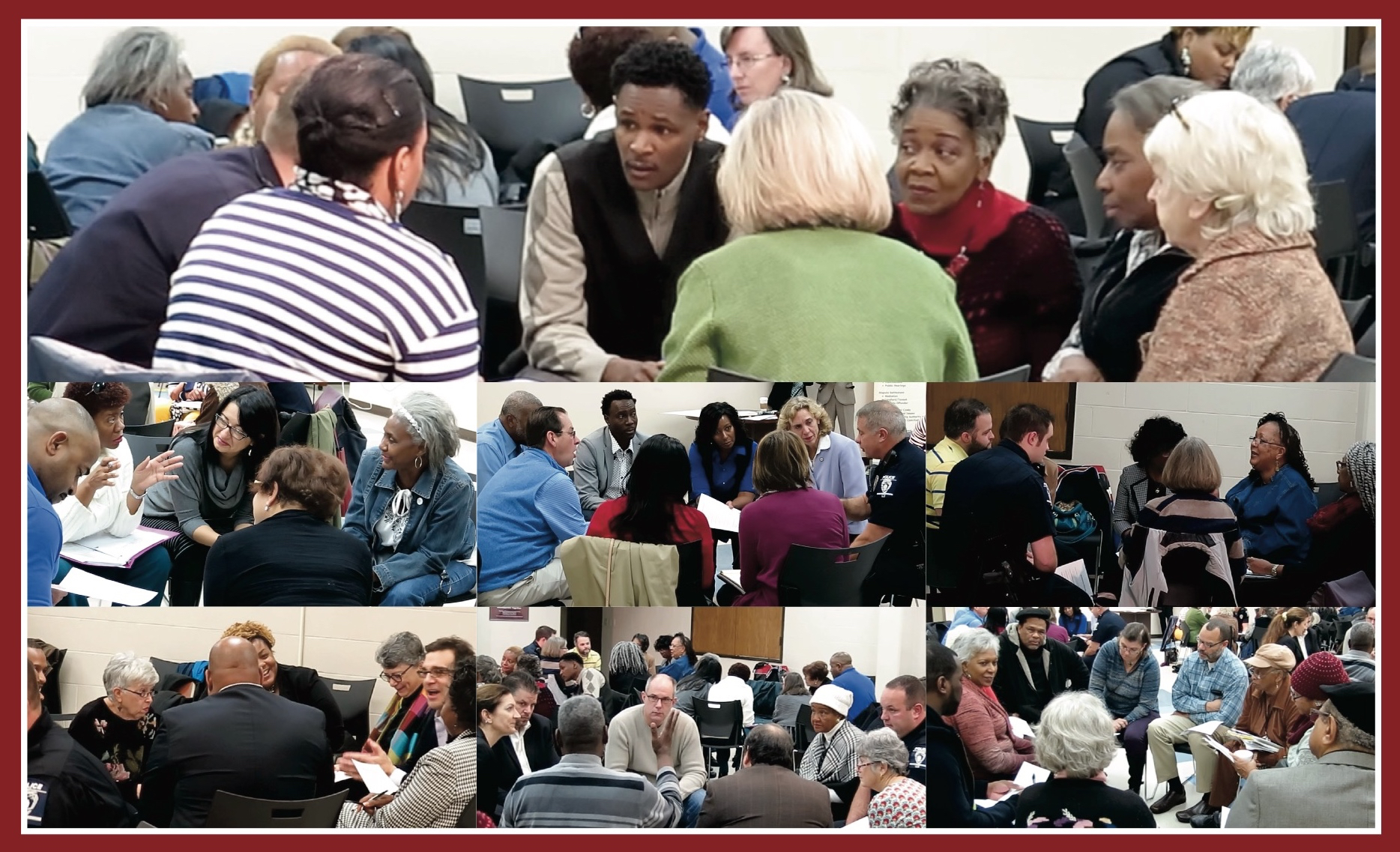 Near the end of today’s Forum, Willie Ratchford had participants look out the meeting room door. They could verify, he said, that the world had not come to an end because they had talked about race and police-community relations issues.

Indeed, the longtime head of Charlotte-Mecklenburg’s Community Relations effort seemed to be saying, they would get better with practice, and the entire community would benefit if each participant would engage others in the discussion.

Below is the livestreamed video of the morning’s discussion. Also below are the notes summarizing the reports made by each breakout group, and the three pages of handouts given the the participants about their task.

First is an edited version of the livestream, focusing on Ratchford’s introduction, the summaries from each breakout group, and Ratchford’s wrap-up.

At the end of his wrap-up, Ratchford asked people to use one word to describe how they were leaving the session. The words he received were:

In the full-length livestreamed video below, the presentation begins at minute 7:00. Music and a note about the breakout sessions were broadcast during parts of the breakout time. At other times, the camera panned the room while the sound was off. 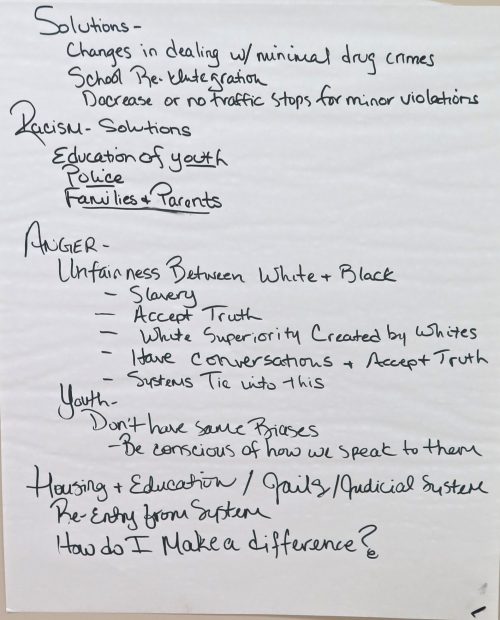 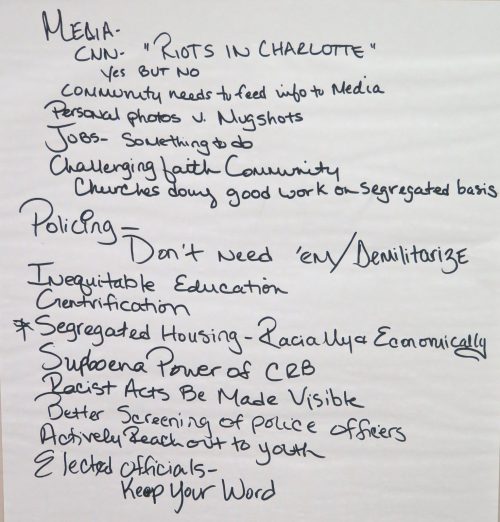 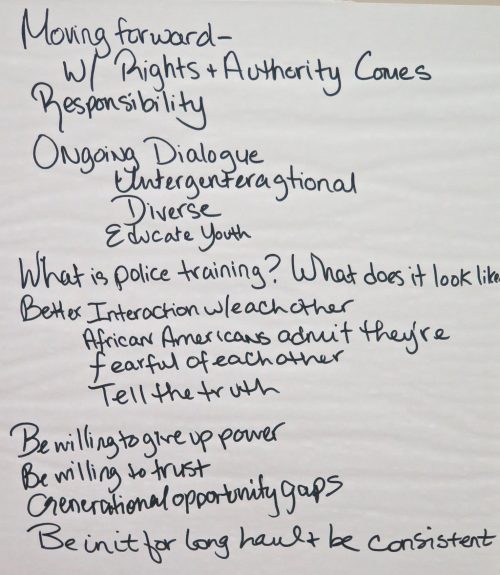 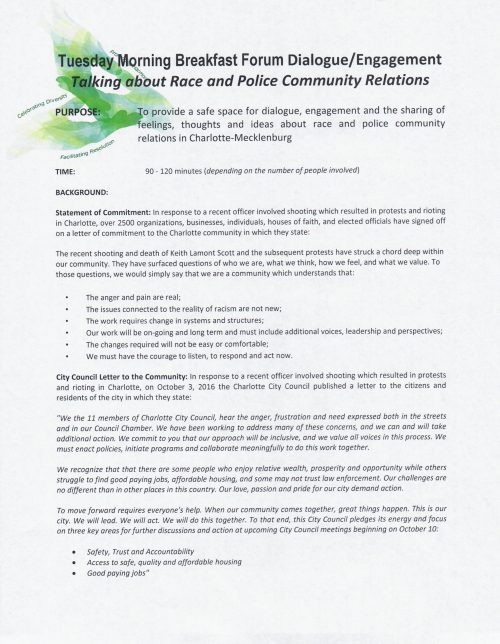 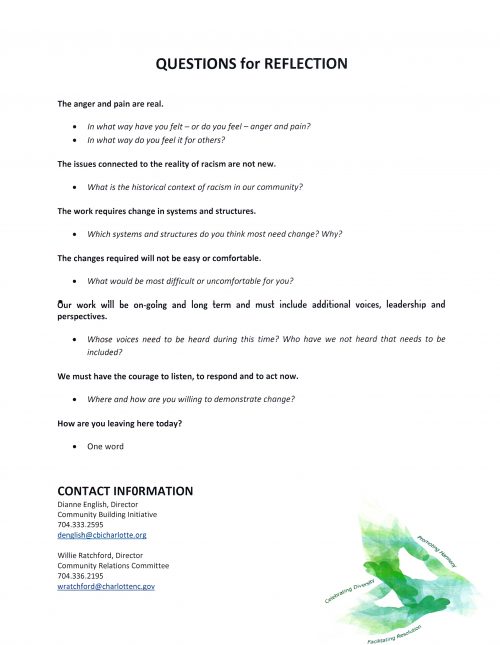 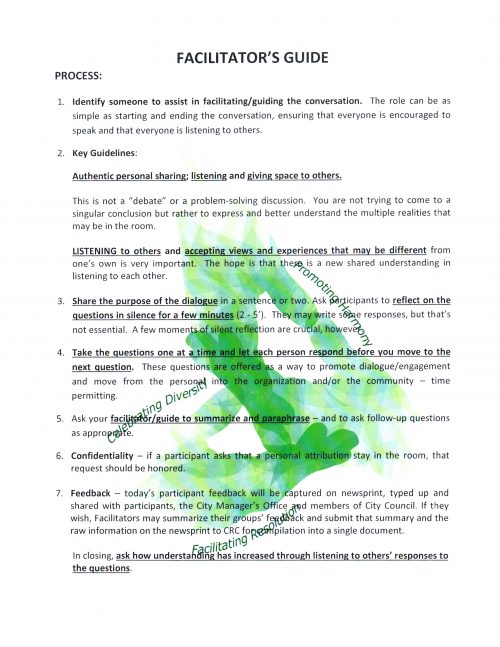