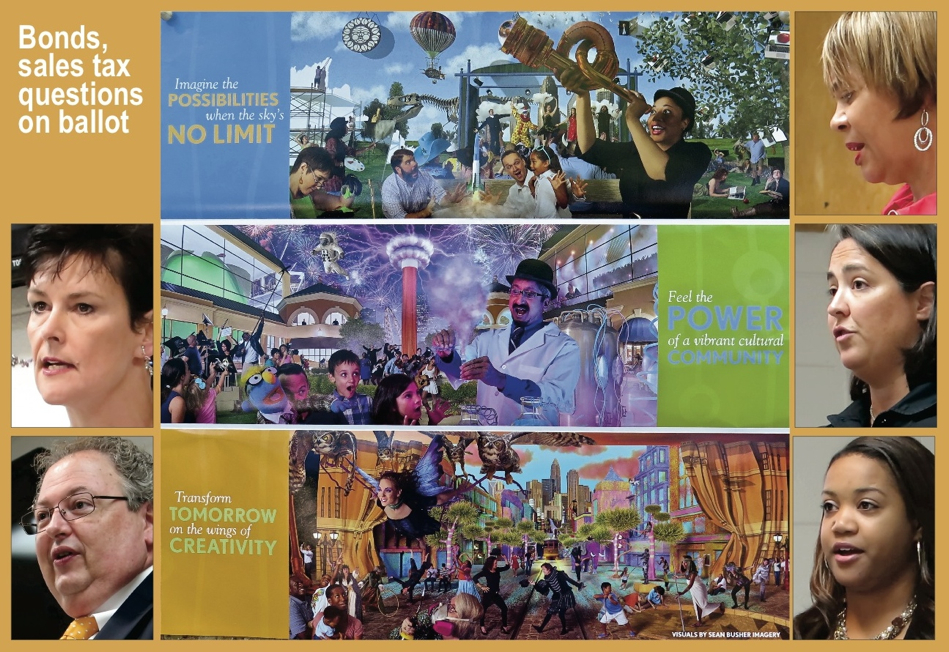 Among the items passed out to Forum participants were a flier on the city bond issues; an oversized Arts & Science Council broadside on the Cultural Vision Plan and, inside of it, a flysheet with additional information on the sales tax proposal.

Video from the presentations and the Q&A that followed is in three pieces below.

A short note of explanation about Mayor Pro Tem Michael Barnes, whose comments are in the third video at about minute 6:30. Council member Vi Lyles had asked him to contribute to an answer to a question from the floor, but facilitator Jackie Edwards Walton ruled that Barnes would be given time to comment at the end of the meeting when, by tradition, elected officials who are present are invited to make reports.

Most people who have attended the Forum would agree that maintaining civil discussion in a small, packed room full of people accustomed to getting their way is not a task for the faint of heart. Walton was proceeding with widespread consent of the group present.

But it turned out that Barnes would be unable to stay until the end of the meeting because of a dentist appointment, so Walton allowed him to shape his comments in the form of a question. As Walton had said earlier in the meeting to a member of the audience wanting to comment, “Could you make your comment in the form of a question? There’s always a way around the rules.”

Barnes had his say, in the form of a question of course, and left for his fate – and the decorum of the Forum survived another day.