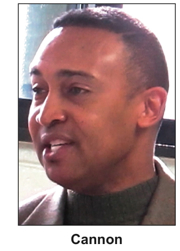 Asked to address the Forum this morning, Charlotte Mayor Pro Tem Patrick Cannon said he would like to share with Forum participants materials prepared by the city on the legislative proposal to transfer the city-run airport to a new regional authority, and a comment on legislation that would allow teachers to carry guns in schools.

The text below is what he sent in via e-mail:

The city of Charlotte wanted to make clear several media articles on legislation for an authority at Charlotte Douglas International Airport have contained misinformation, and we wanted to take this opportunity to clarify these incorrect statements.

We understand there are many complexities surrounding the authority discussion, and it is easy to mischaracterize the facts. While numerous erroneous statements have been made, we’ve chosen to focus on these major topics that are important to the ongoing conversation:

Wrongly suggested: Airport Bonds are not backed by the City’s AAA bond rating.

Fact: The City’s existing Airport Revenue Bonds are rated: AA1 Moody’s, A+ S&P, A+ Fitch. They are repaid wholly by revenues generated at the Airport. The City of Charlotte – the issuing unit – has an overlying G.O. rating of AAA from all three agencies. Should Airport revenues be insufficient to pay the debt, the City could use other available funds, an option that would not be available to an authority. If the Airport becomes an authority, new ratings will be determined for airport revenue bonds without the benefit of the City’s strong credit characteristics and the highly rated “umbrella” issuer will no longer be present or have any responsibility for new debt issued.

Wrongly suggested: The City did not approve a Capital Investment Plan for the Airport in 2012.

Each of the enterprise funds (Aviation, CATS, Storm Water, and CMUD) have their own capital investment plan (CIP) funded by dedicated fees/charges that are dedicated to each enterprise fund. The various enterprise CIPs are separate from the General CIP, which has been the focus of Council discussion for the past year.

Wrongly suggested: CMPD’s presence at the Charlotte Douglas International Airport is because the City needed a place for 50 officers and $5.6 million once funded by federal stimulus dollars.

Fact: The expiration of Federal stimulus dollars for police officers and the decision to place CMPD in charge of security at the Airport are entirely separate issues. After the stimulus grant ended in FY 12, the City Council approved shifting the funding for those officers to the City’s General Fund. Security and law enforcement staffing levels at the airport are based on the CMPD’s assessment of need. CMPD officers assigned to the Airport are fully funded by Airport revenues.

Misleading: The recent error in distributing bonds was the Finance Department’s responsibility, not the Airport’s.

Wrongly suggested: The FBI, Homeland Security and the FAA investigated the Tisdale case and absolved the Airport of any responsibility.

Fact: These agencies never conducted independent investigations of the Tisdale case. The City Manager, Aviation Director and Police Chief agreed that CMPD would lead the multi-jurisdictional task force to conduct an investigation.

Incorrect Statement: Some Airport revenues such as parking fees might not be covered by federal restrictions on the use of Airport Revenue.

Senate Bill (SB) 27, if passed, would allow firearms to be carried by teachers and any other employee, volunteer or contracted person after going through firearms training and emergency/crisis management training by the NC Criminal Justice Education and Training Standards Commission. Currently this bill is in the Committee on Rules and Operations. As Chairman of Community Safety I stand in support with Superintendent Heath Morrison, Chief Bud Cesena of CMS, any official members of the Board of Education and CMPD Chief Rodney Monroe in OPPOSITION to this proposed bill. Please contact representatives of the Committee on Rules and Operations.

Click here to contact members of the committee to let them know you are in opposition. By clicking on the names you will be able to get each member’s e-mail and phone numbers to communicate with them.

To see who sponsored Senate Bill 27 and gain history on it, click here.

Please see a cover letter out of State Treasurer Janet Cowell’s office from Deputy State Treasurer and Secretary of Local Government Commissioner T. Vance Holloman. Click here to download the letter, or look below for a copy on this page. 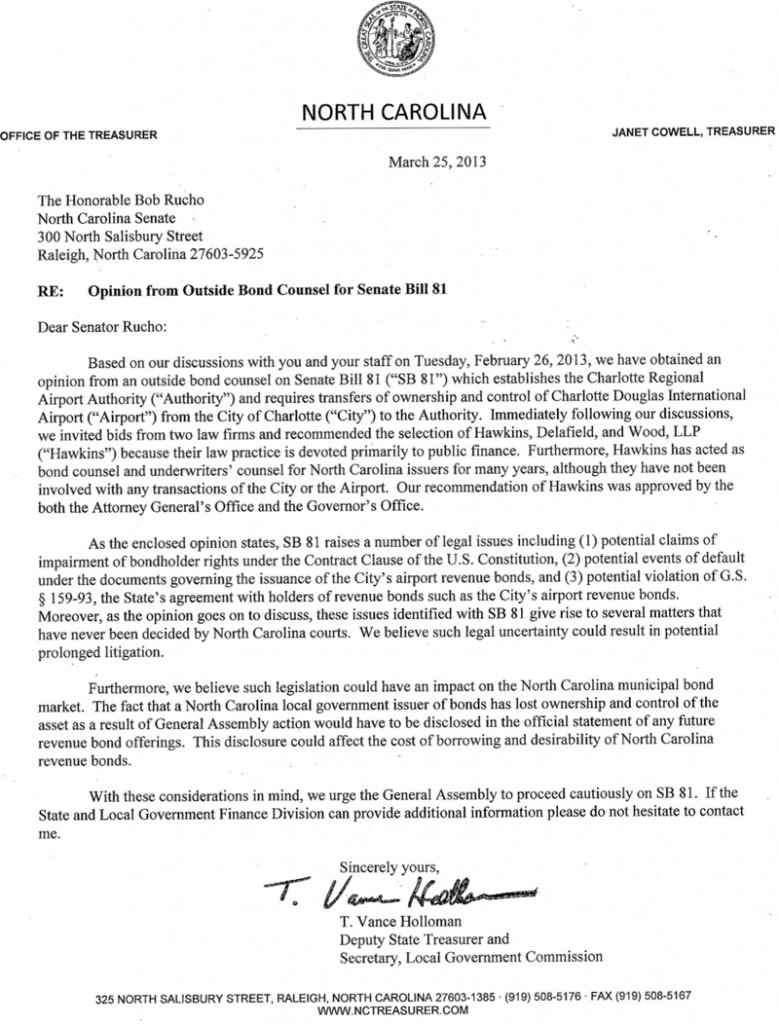