Twelve lawyers are running for six contested District Court seats in the November election. This page is devoted to material on the contest between Judge Donnie Hoover and Alyson G. Traw, a lawyer for the Charlotte Housing Authority.

Both Hoover and Traw appeared today at the Forum. Below, as they are available, will be videos of their statements and answers to questions. 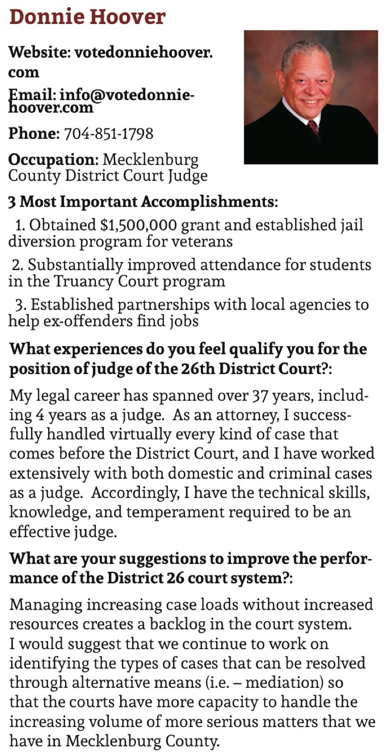 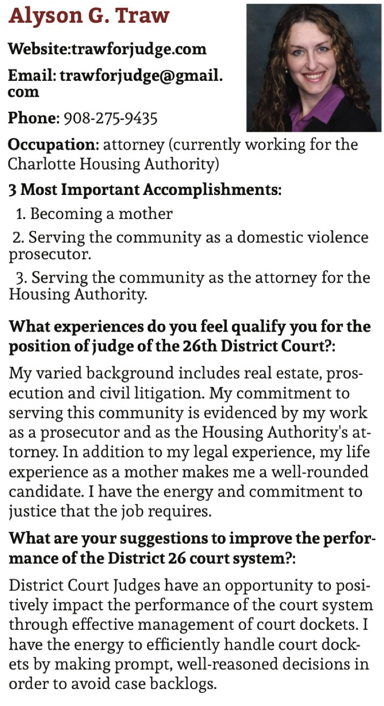 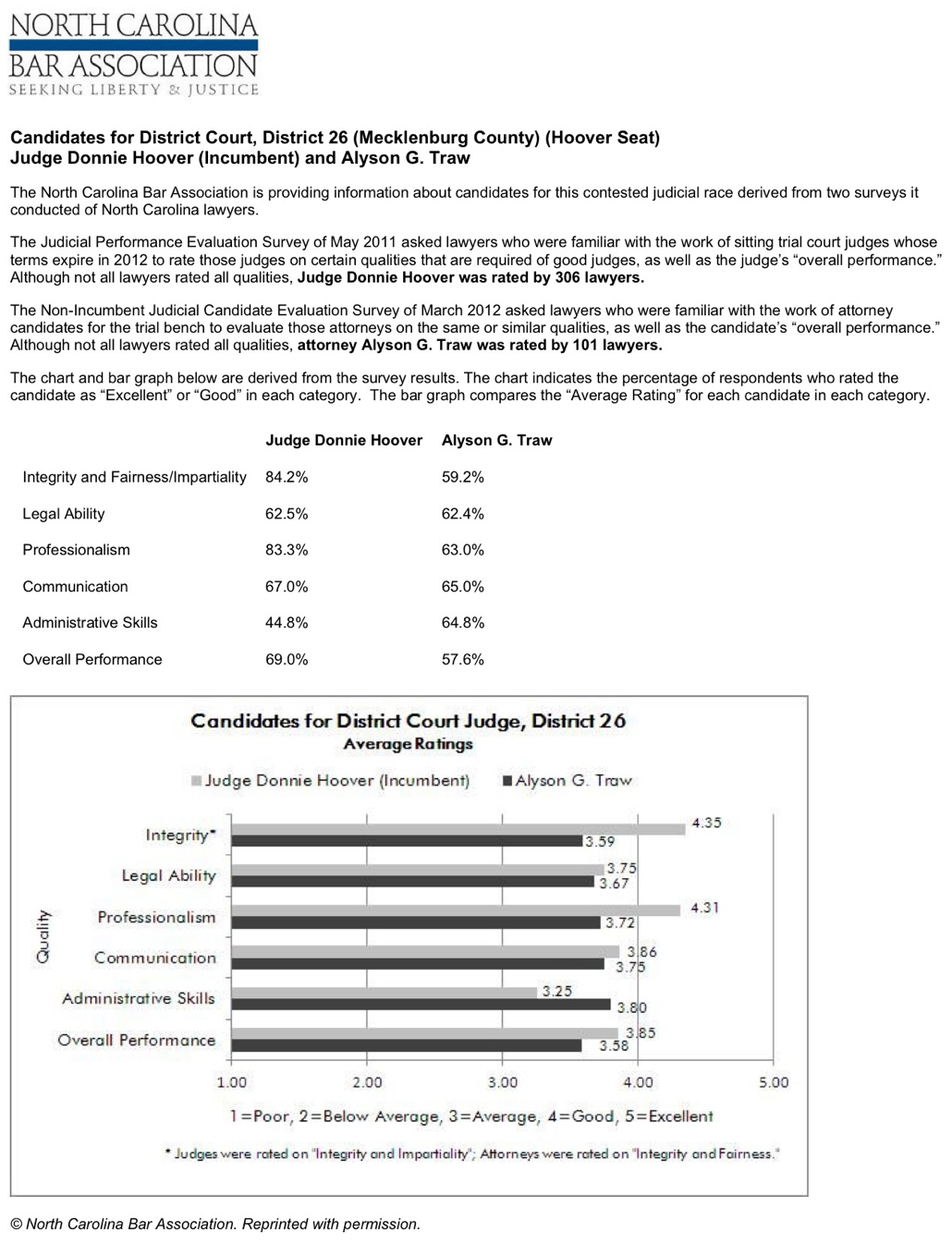