The latest county-CMS funding dispute came to an end June 24 with a mediated settlement that was approved by County Commissioners July 8. County and CMS statements on the subject, and the text of the agreement, are below.

No children learned a thing from the flap, but all staff and elected officials involved appear to be interested in giving Mecklenburg parents enough information to judge for themselves how to proceed.

Is CMS doing what it can to give all children what they need to succeed after high school, whether they go to work or continue their education?

Is the fractious division between funding and schooling allowing to be met the N.C. Constitutional mandate that all children, no matter their residence or family background, have access to a sound basic education?

The decades-long history of the Leandro court case, in which CMS and five low-wealth counties were sued for shortchanging North Carolina children, does not appear to contain any clause that says that school boards must give every student a sound basic education only in places where a majority of taxpayers are willing to finance the cost of doing so.

Despite that, in a report July 7, WBTV’s Dedrick Russell interviewed former CMS Board Chair Mary McCray about a letter she sent to the Black Political Caucus, faulting them for their support of the county’s funding stance. He reported that her letter suggested that the Caucus, of which she is a member, focus on the “opportunity gaps” rather than the “achievement gaps.”

Media coverage of the agreement included: 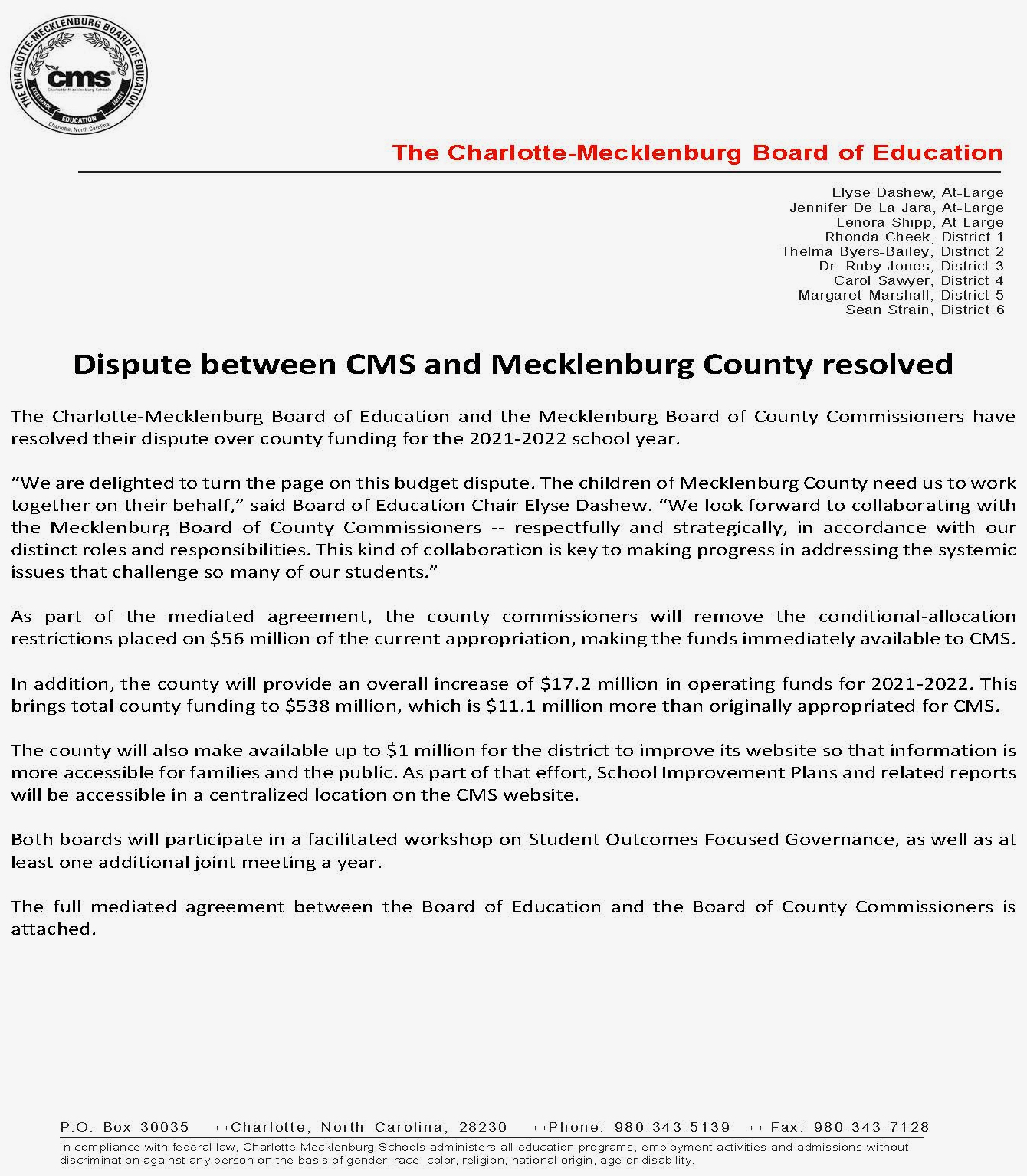 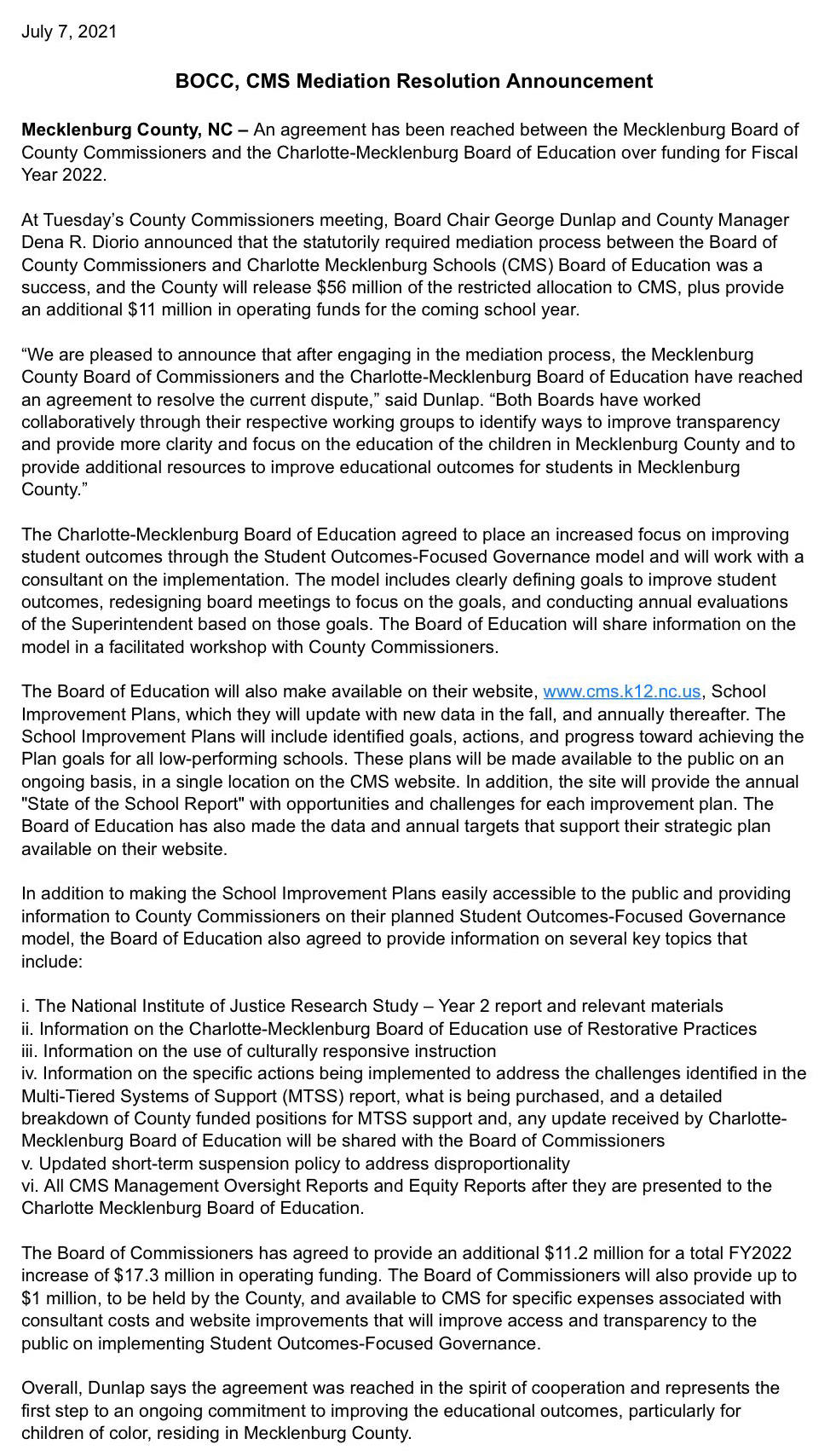 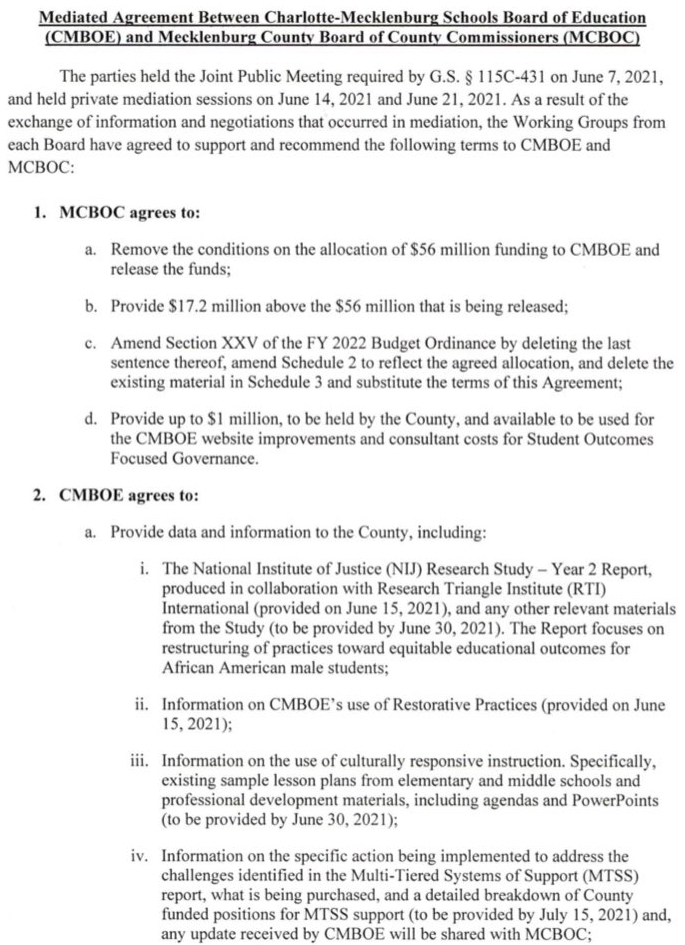 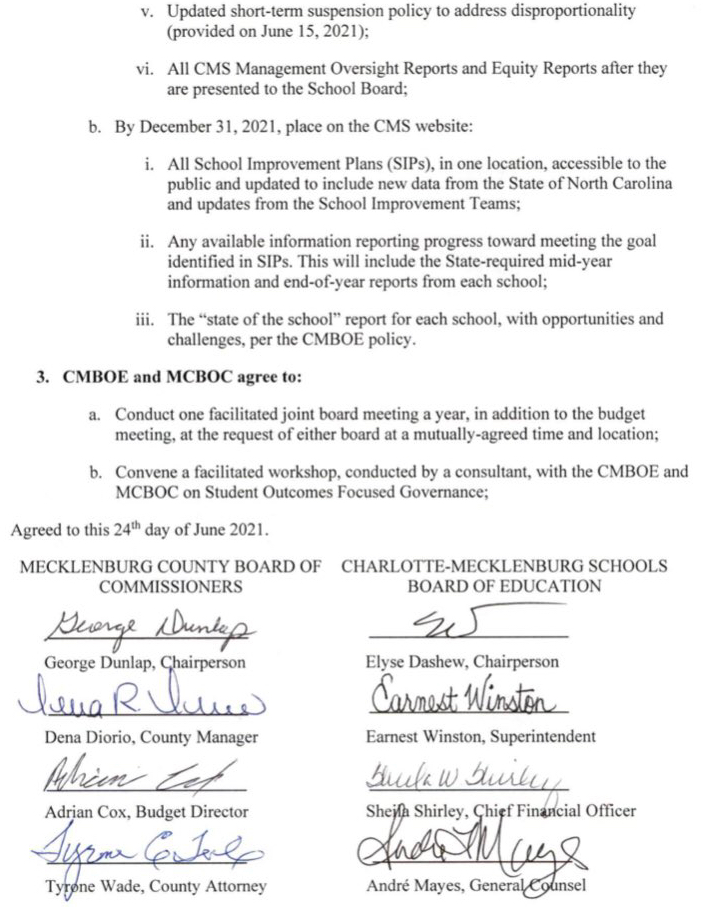