Dr. Debra C. Smith is Associate Professor of Africana Studies at UNCC. She detailed the meetings and interviews that produced “Legacies: African-American Female Pioneers” about Charlotte women who led, mostly behind the scenes, during the Civil Rights Movement. 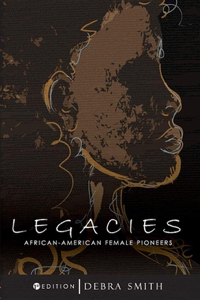 The publishing project has been launched with a paperback aimed at middle school children. Smith said a version aimed at high school students was planned for the fall.

The blurb on Goodreads says: “Chapters One and Two of the book introduce the women in the context and history of the era in which they worked and lived. Readers learn about their experiences at segregated schools, hospitals, colleges, and universities, as well as their personal lives, raising families and working. Chapter Three includes highlights from the author’s interviews with the legacies, in which they emphasize the importance of friendship, unexpected allies, and serving the community during their years of activism. The final chapter features photographs and first-hand accounts from each of the women in the book, bringing their stories to life. ”

At the end of Smith’s presentation, Carlenia Ivory led a distribution of free copies of the book to a number of invited guests.