Tuesday’s presentation offered a view into how scientists’ understanding of childhood behavior has been revolutionized by examining the impact that the violence and abuse that children witness early in their lives poisons them and seems to cause physical and mental illness later – sometimes decades later.

The session included some hopeful signs: Where county social services agencies have latched on to the new science, screened children and intervened with support services among affected children, there have been drops in negative outcomes and calls for service.

The first hour at Tuesday’s Forum was given over to a screening of “Resilience: The Biology of Stress and the Science of Hope.” A trailer about the documentary is below:

Handouts from Mental Health America of Central Carolinas are here and here.

Much of the documentary and the panelists’ discussion revolved around ACEs (adverse childhood experiences) and a 10-question screening used with children and adults. Scientists have found that both destructive behaviors and physical and mental health challenges appear to be more prevalent in populations with higher ACEs scores. The screening technique is being used with good result to target expensive interventions to the children most in need of them.

The questions are below. 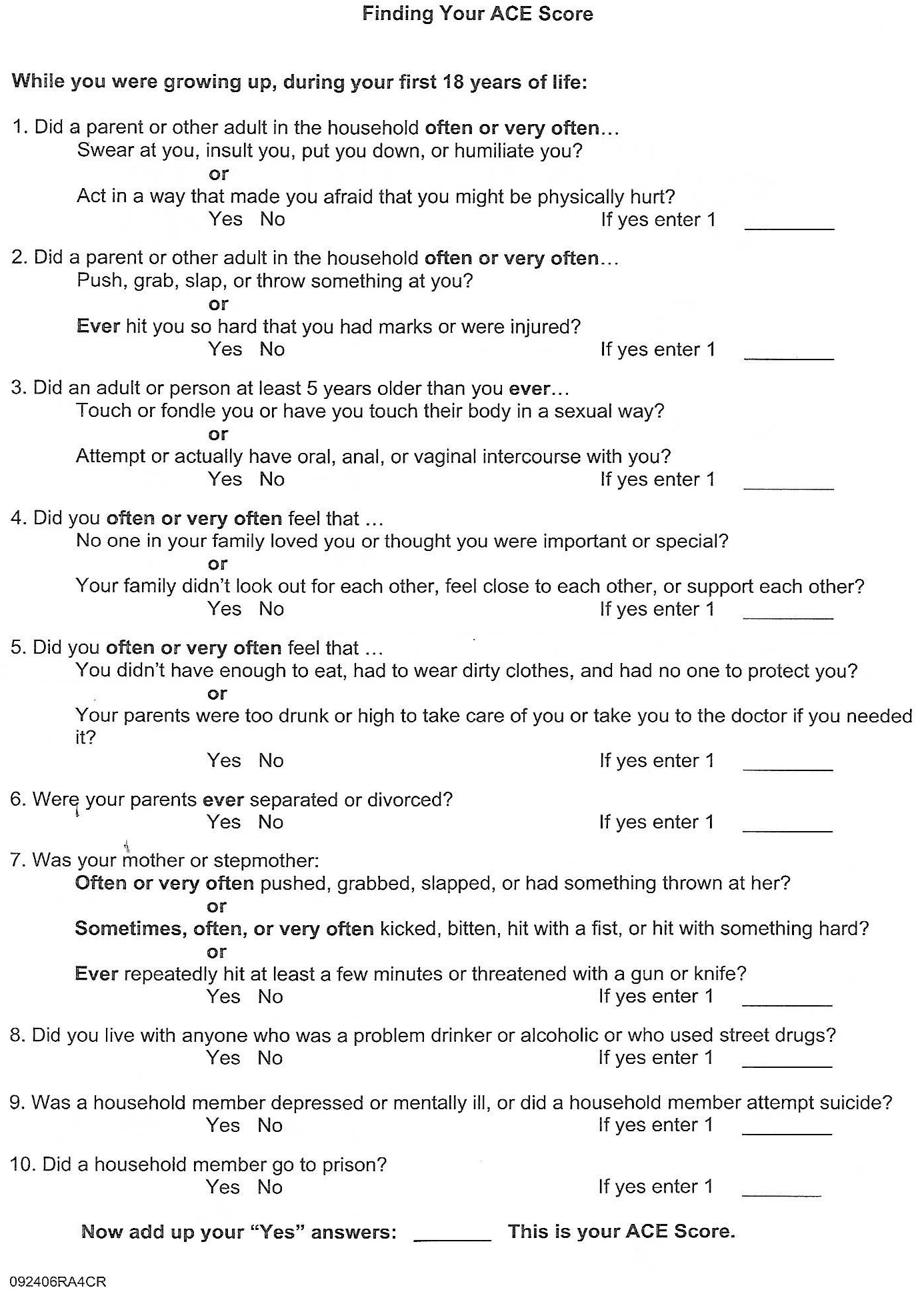