Jay Privette grew up in Catawba County, worked most of his life in New Jersey and now lives in south Charlotte. But he’s thrown his energes into support of residents and public officials in north Mecklenburg who believe that their grandchildren will be paying the bill for the “crony capitalism” that they believe is behind the private contract with the State of North Carolina to build and operate the toll lanes on I-77 now under construction and similar projects on the table for I-77 further south, for I-485 and for Independence Boulevard.

Privette casts the issue in nonpartisan terms, saying both Democrats and Republicans are to blame. But he asserts that Gov. Pat McCrory lost his 2016 re-election bid that came up 10,000 votes short precisely because he lost 30,000 votes along the I-77 corridor in north Mecklenburg. Privette says the longer North Carolina waits to end the contract, the more expensive it will become to end it.

Cintra and its associated partners have contracts with the state to build the roadway, operate sensors that will collect user data, and then bill drivers who use the limited-access lanes. The prime contract would last 50 years, and in that time the cost to the state would far exceed the bill for the state to add lanes. Cintra associates and a state official presented to the Forum in 2015 and 2014.

Below the video, shared by Privette with Forum participants, are three pages of a handout plus a list of references.

Privette showed a video clip from WBTV during the presentation. The sound was nearly inaudible in the room. The clip is below. 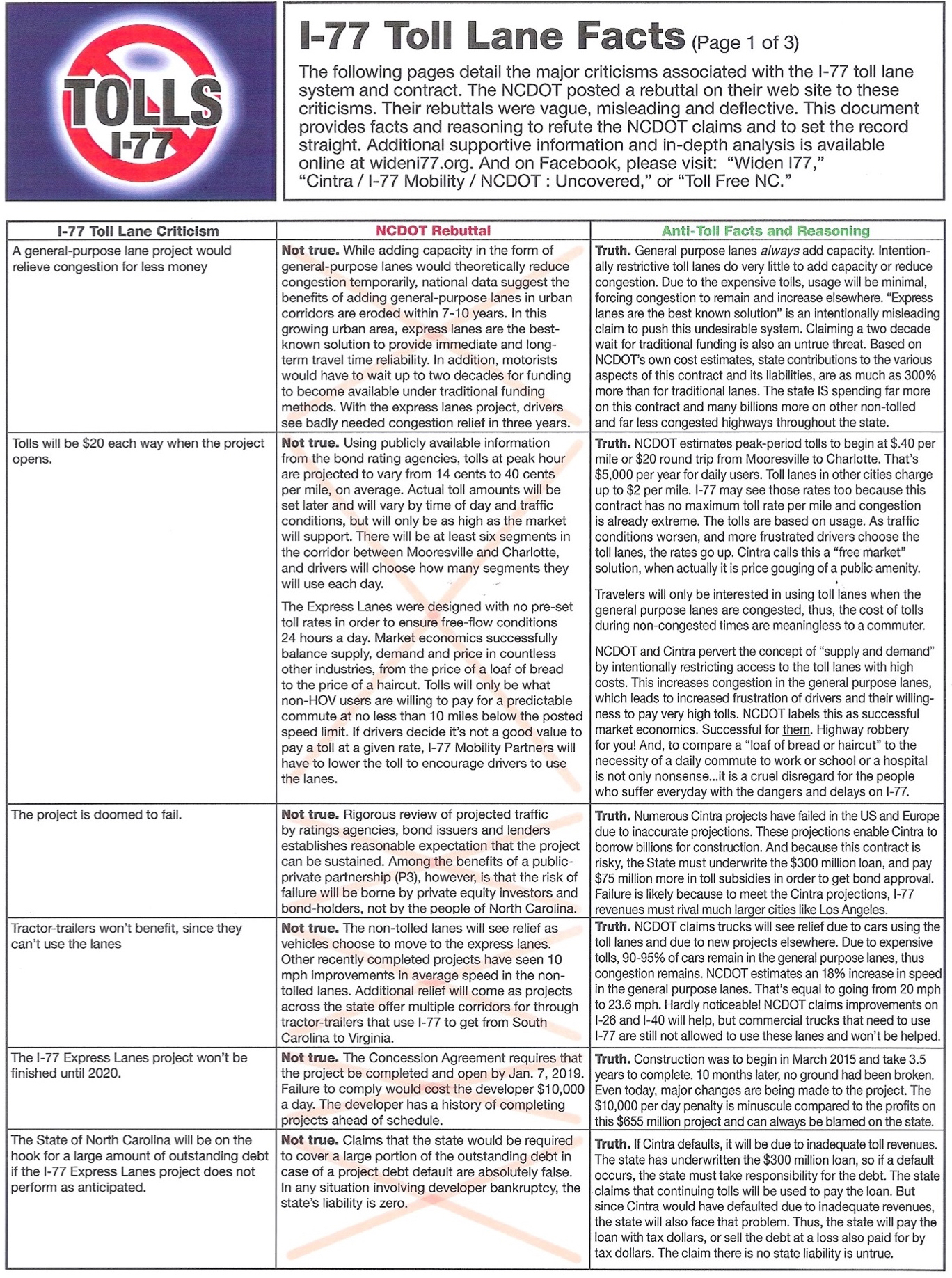 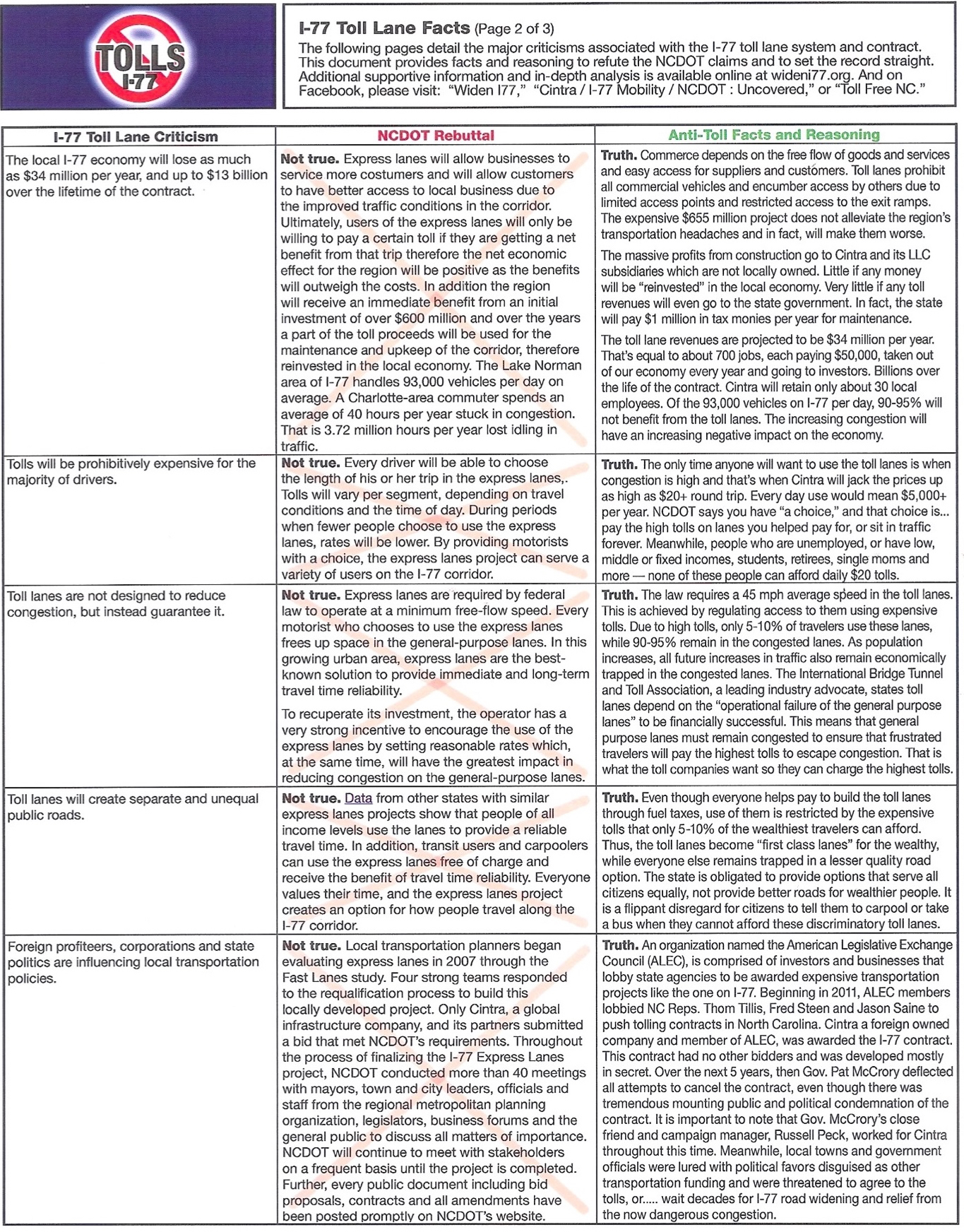 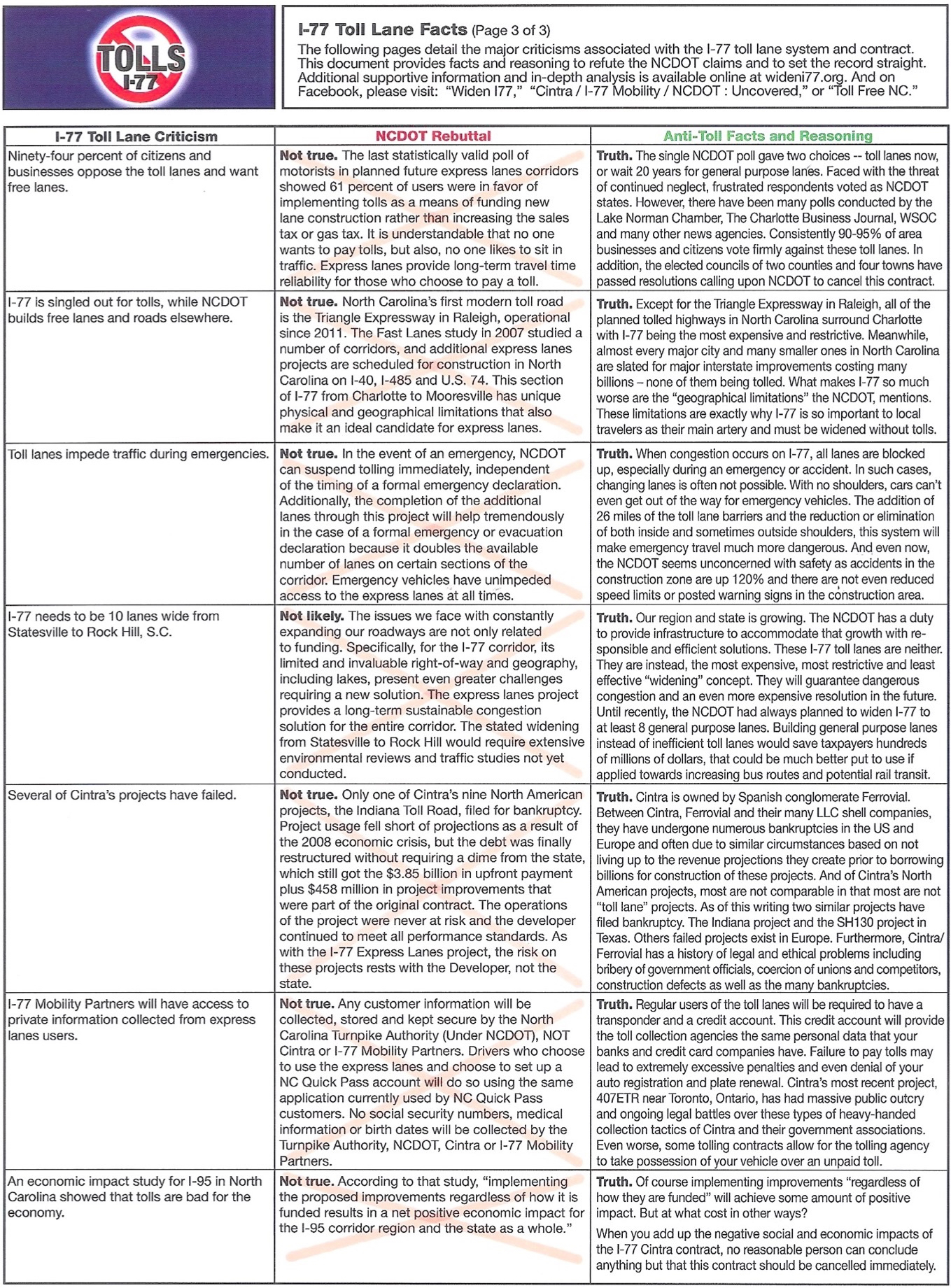 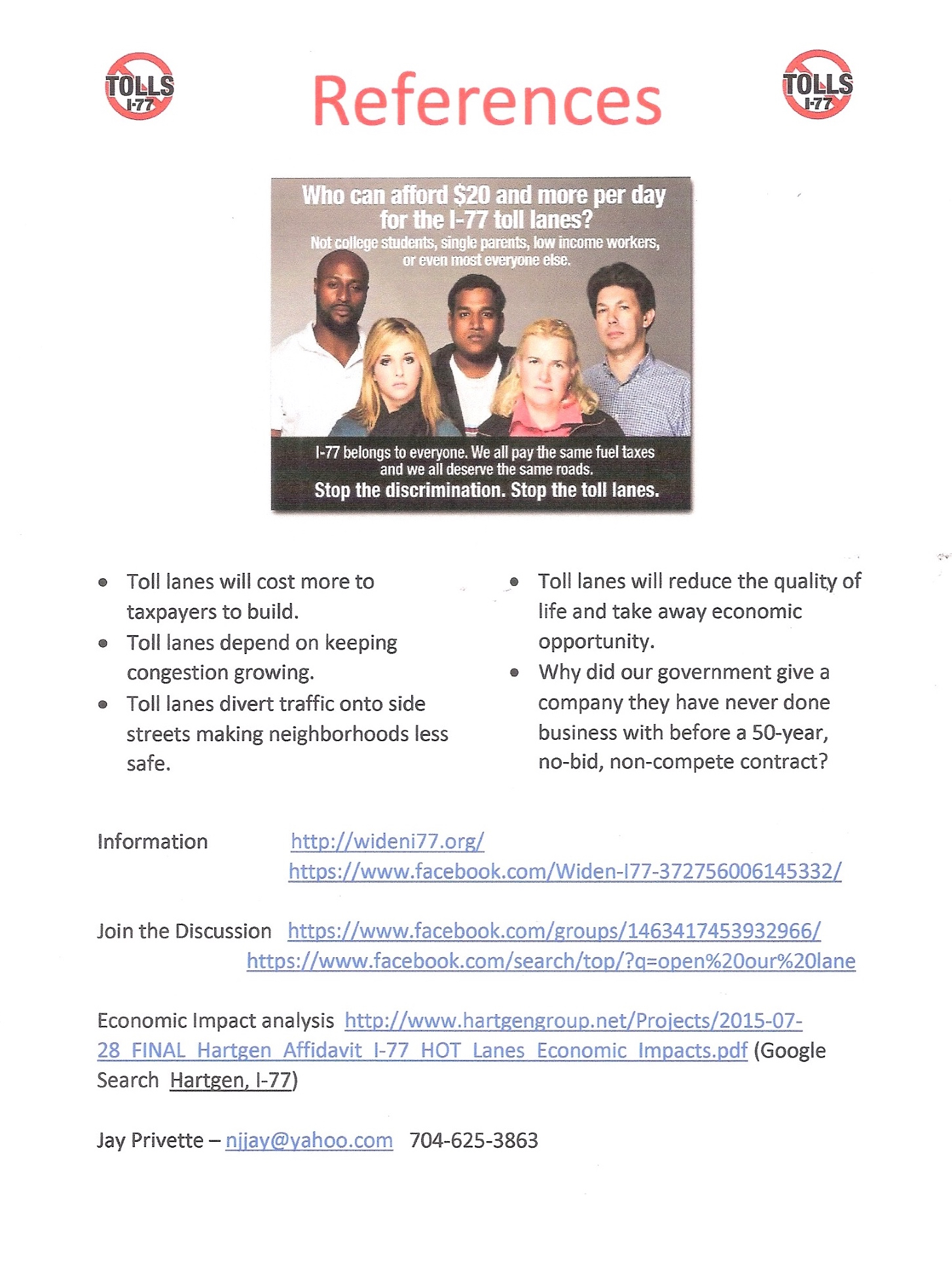