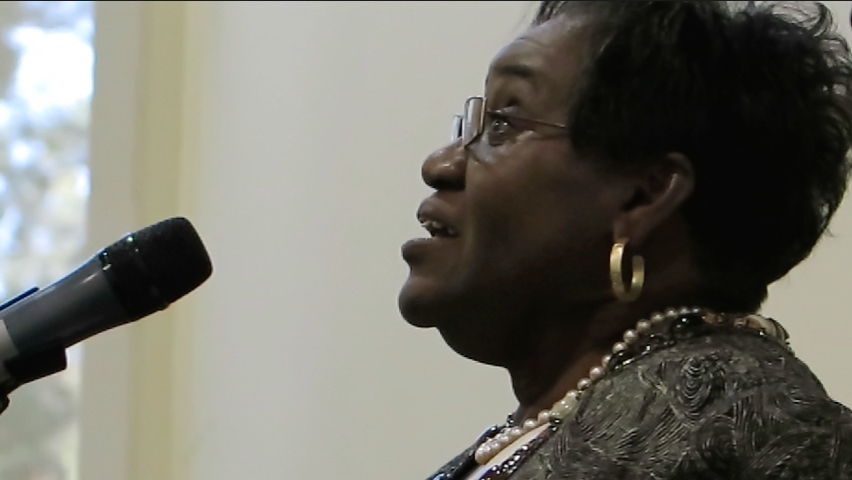 Charlotte Observer editorial writer Fannie Flono would periodically attend the Forum, drawn by the subject of the day. She would generally sit in the back and listen, writing on a yellow pad. The Forum was one of those dozens of places where Flono “gathered string,” as journalists say, collecting information and perspectives that would one day find its way into her work.

On other occasions, particularly during Women’s History Month, Flono was invited to present to the Forum. She said often that she didn’t see herself as a trailblazer, but many younger women found her so at the Observer.

On Sunday, Oct. 5, friends, former colleagues and family members gathered at the Charlotte Museum of History to congratulate Flono on her retirement from the Observer. Excerpts from the speeches and presentations at that event are below.

WBTV’s Steve Crump wrote about her retirement. So did Taylor Batten, the current editorial page editor.