“We can create a movement for change, a movement in consciousness. a movement in the way that we think, so that together we can change the story about mental health and wellness.” 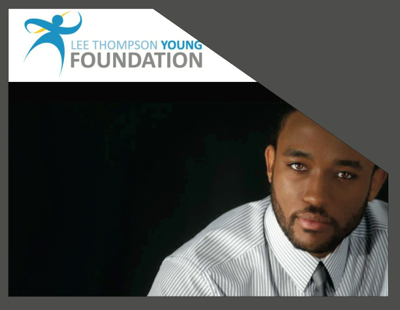 Bipolar disorder struck Velma Love’s family more than a decade ago. Her son Lee was diagnosed. He was an actor, so he was adept at hiding the condition from his friends, and family. Only when he committed suicide last summer did the full impact of the burdens he had been carrying become obvious.

Tuesday, his mother Velma Love addressed the Forum about her family’s effort to educate the broader community, and particularly African-Americans, to the disease and how to promote wellness for all, including those who suffere with this disorder, which in an earlier era was called manic-depression.

The website went live Tuesday on the occasion of the first episode of the TNT TV series RIzolli & Isles. The first two episodes honor Detective Frost, the character played by Lee Young.

Love was introduced by longtime Forum participant Thomas Moore, an early childhood educator now at Benedict College. In his introduction, Moore said he had come to see from his dicsussion with Love that the time to begin securing good mental health was in early childhood.

Dr. Love leads the Equipping the Saints Project at Howard University, joining Howard in 2012 after serving as an assistant professor of religion at Florida A&M University. She earned an M. Div. from Union Theological Seminary in 1999 and the Ph.D. from Claremont Graduate University in 2006.

Below are two videos. The first is Moore’s introduction and Love’s presentation. The second is excerpts from the Q&A that followed.