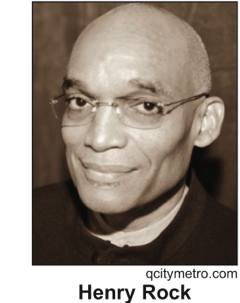 Henry Rock says he arrived in Charlotte last summer. Before leaving New York City after a career spanning television, real estate and then print, outdoor and radio advertising sales and marketing, Rock says he started a nonprofit to encourage African American males to prepare themselves for entrepreneurial activity.

The make-your-own-job is particularly attractive to a certain kind of self-motivated, hard-working, vision-oriented person, particularly those able to invest or raise the cash needed to start a business. But the entrepreneurial way is also an approach for many who are blocked from regular employment by criminal records.

Rock says he started City Startup Labs as a nonprofit while in New York. He has described it online as “an academy, to teach young black men in Charlotte how to start and operate small businesses, using accelerated, boot-camp style instruction.” In February, he announced that the project would begin in May under the auspices of the Urban League of Central Carolinas. His website lists other partners as Queen City Forward and Packard Place.

In May, he told QCityMetro that the program would begin in fall 2013. In an undated podcast with QCityMetro’s Glenn Burkins, he said he would be up and running in July, but needed referrals of prospective students, donations to the Urban League of $123,000 earmarked for the program, and mentors. On Sept. 18, he wrote that the start-up date was mid-January 2014.

Burkins asked Rock for the models he used for creating his proposed program. Rock mentioned several, including the Texas-based Prison Entrepreneurship Program.

Below is a video of an undated TEDx talk by Rock in front of a live audience that was posted in March 2013.

In January 2013, Rock published a commentary piece about his program in the Christian Science Monitor.