Since its inception, the Tuesday Morning Breakfast Forum has raised money for charitable purposes. Participants have passed the hat for students in need. The Forum has directed excess funds from its coffee fund to support of the Park & Recreation centers where it met. In keeping with all Forum activity, its charitable work has been informal.

Stevenson directed that excess funds in the Vernon M. Herron Coffee Fund be moved to the MJ Entrepreneurial Action Fund at the end of each month, beginning with April 2016.

The Fund accumulated $257.27 through Nov. 30 entirely from the Coffee Pot Fund.

At The Dec. 18 Christmas Party, facilitator Mary Johnson announced that the the Forum would donate to the Belmont Community Development Corporation.

On Thursday, the day before the Belmont CDC Christmas Party at 3 p.m. at the Belmont Center, Carlene Switzer-Greene, right, received ten $25 Walmart gift cards, which she said she would pass on to the grandmothers in the neighborhood who are helping raise young children. Greene was expecting 150 children for the Dec. 21 party. 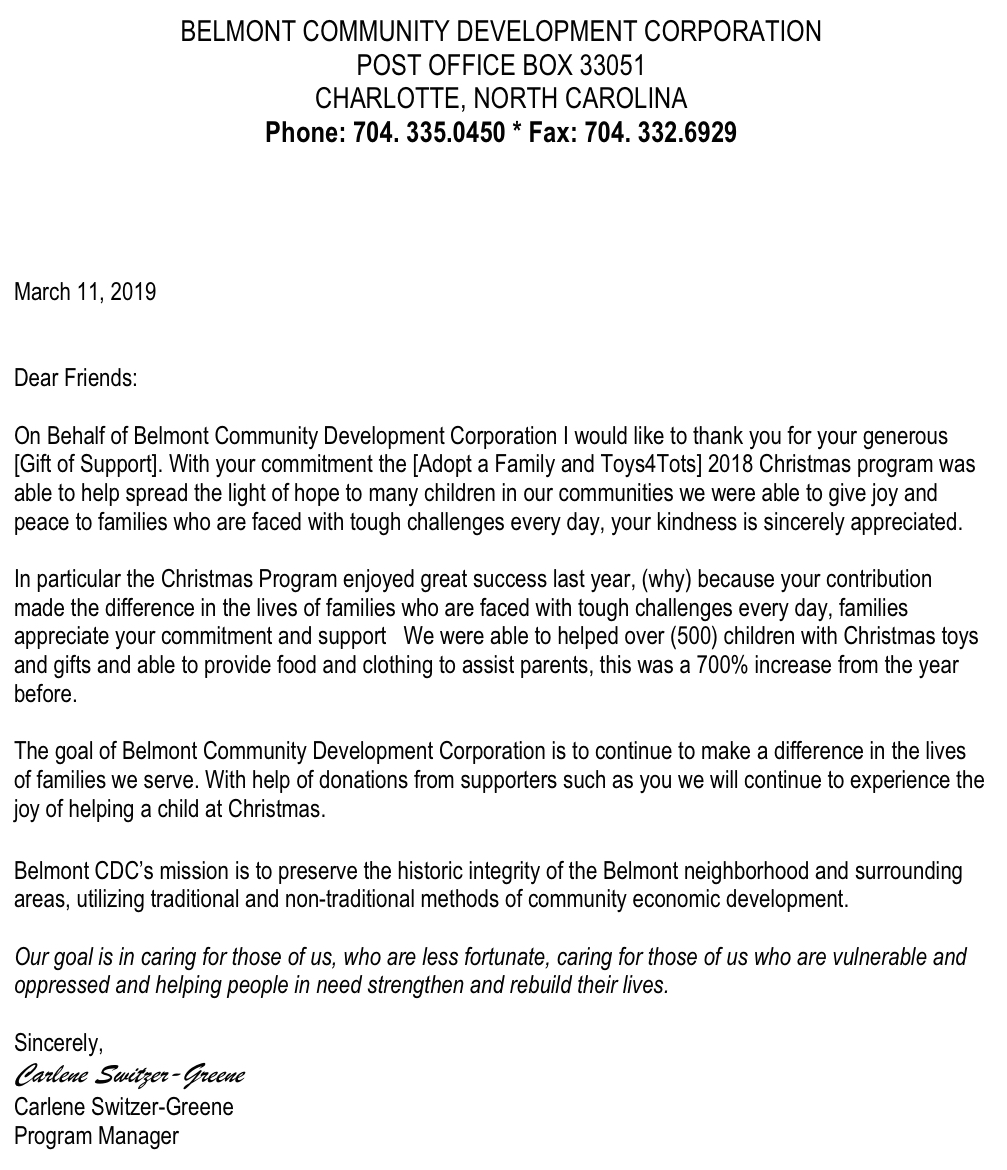 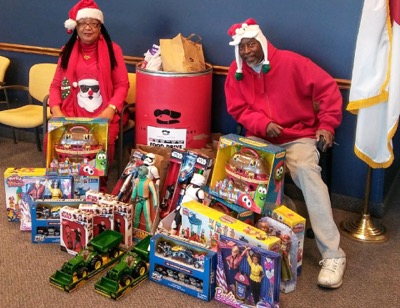 Mrs. Stevenson directed the funds be used to purchase toys for Toys for Tots.

At right, Santa’s helpers Natheley McElrath and Ben Felton are shown Nov. 11 with their purchases at the Red Cross pickup location for Toys for Tots.

The Fund’s balance was transferred to McElrath on Dec. 12.

A process was laid out and a Grants Committee named. On Dec. 6, that committee decided not to make any grants for entrepreneurial activity, but to give the accumulated funds to charity. Laura McClettie made the announcement at the Forum’s Dec. 13 Christmas Party:

Operation of the Fund

In its initial stage, the Fund will accept donations, either by name or anonymously, at the donor’s direction. Initially, the donations will not be tax-deductible because the Forum is not a nonprofit. All monies will be accounted for below. The Fund’s assets will be held by custodian Steve Johnston until other arrangements are in place.  Checks payable to “TMBF/Steve Johnston” will be credited to the Fund. During the duration of the fund, no such checks were received.

On May 15, 2020, deep into the 2020 coronavirus pandemic, the coffee service supplies were disposed of, coffee-making materials were removed from the Belmont Center, and all funds, including the Action Fund balance below, were consolidated in the Coffee Fund.  Final accounting of the Coffee Fund is here. Below are the financials related to the Action Fund.